Andru Lets You Charge Your Android with an Android

Android phone users don’t have to stick with that boring black charger that came with their phones anymore. If you’re a big fan of the Android platform, then you owe it to yourself to charge up with Andru – the Android mascot USB charger. 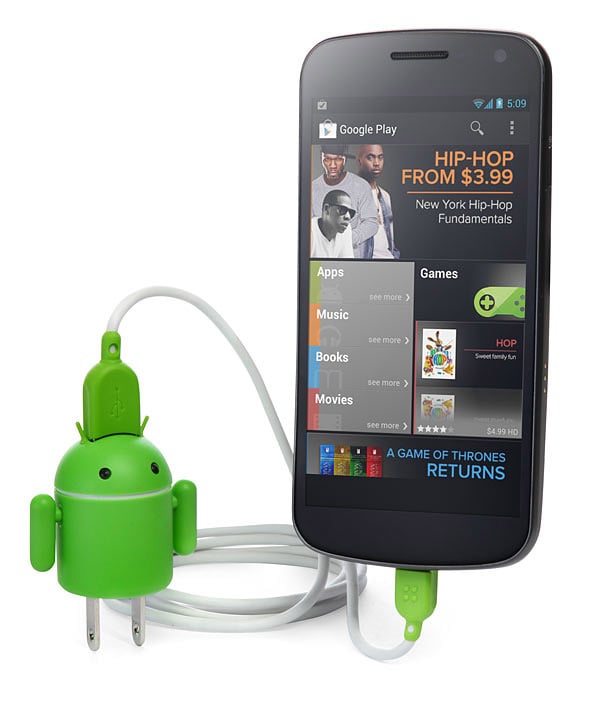 Andru is a dead ringer for the official Android mascot, and will charge up your Android smartphone with ease. Just plug the microUSB cable into your phone, and the other end into Andru’s head, and you’ll be juicing up in no time – and with style. While your gadget charges, Andru’s LED eyes glow a pleasant blue hue, and then return to white when in standby.

Since Andru’s head has a regular USB port in it, you could always connect your iPhone’s 30-pin to USB cable to him and charge up, if you’re feeling whimsical. If you like Andru, you can grab him over at ThinkGeek for $24.99(USD).