A study has been published by a research team from Oxford University that claims playing Tetris can help soldiers deal with flashbacks caused by post-traumatic stress disorder. The researchers believe that playing the game may prevent the brain from forming memories that lead to flashbacks. 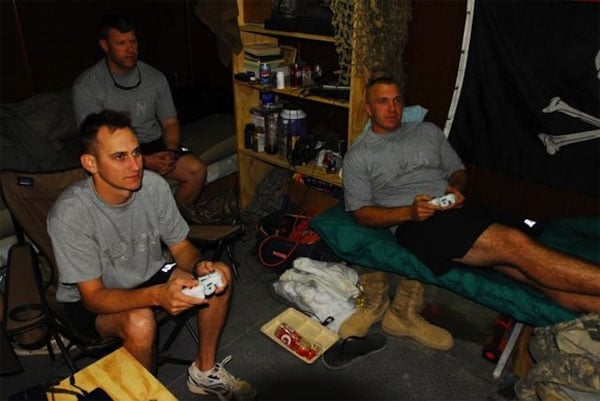 These flashbacks are one of the worst symptoms for many people who suffer from PTSD. Research team leader Dr. Emily Holmes concluded that when played soon after exposure to trauma, Tetris served as “a cognitive vaccine” that seemed to “inoculate against the build-up of flashbacks.” I guess in the future if you have a bad day and there something you would prefer to not recall, try playing some Tetris.

The study into using the game to treat PTSD followed 60 participants and exposed them to a movie showing scenes of injury and death. The participants were then divided into three groups. One of the groups sat quietly and did nothing, the other group took a computerized trivia quiz, and the third group played Tetris. The Tetris playing group reported fewer flashbacks according to the study. I’ve never been through anything like soldiers go through in the field, but it would seem to me being next people you know and care for who get gravely injured or killed would be much more likely to cause traumatic flashbacks than watching a movie.

I’m also not sure it would work for me if I had to be treated with Tetris because the game really drives me crazy at times.