Being confined to a wheelchair due to some sort spinal cord injury can severely limit the ability for people to get around and do things on their own. A company called Argo Medical Technologies creates robotic exoskeletons called ReWalk that paraplegics can wear to allow them to walk at virtually the same speed as people that have use of their legs. The catch with these devices is that they are $85,000 each. 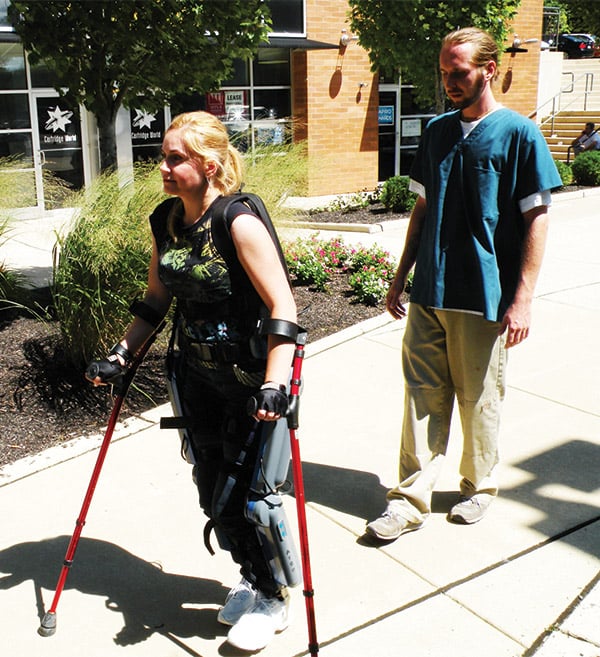 Rancho Los Amigos National Rehabilitation Center in California received several of the ReWalk exoskeletons from a donor. The center is treating paraplegics using the ReWalk to enable the patients to walk around freely. Using the exoskeleton, a paraplegic woman was able to climb stairs, get out of the car, and go to the restroom without any assistance at a pace similar to that of your average person.

The downside to these exoskeletons at this point is that the FDA has only approved the exoskeleton to be used in a hospital setting. The developer of the ReWalk devices is hoping the FDA will approve the use of the systems in the home. One day, rather than being confined to a wheelchair, people who can’t use their legs will be able to devices like the ReWalk instead. The company who makes the exoskeletons also hopes to produce a version for quadriplegics in future.