Slide to Unlock Now a Game: What’s Next? Power On, Power Off?

The “Slide to Unlock” interface has become one of the most iconic features of iOS devices. It never occurred to me to think of it as a fun activity, but apparently thousands of people do, because there’s actually a game built around it. It’s called Slide and what you do is – oh wait. 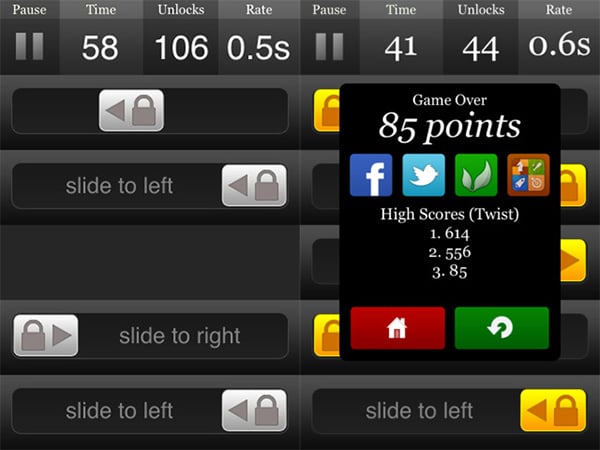 Slide has four modes, all of which involve sliding at least one slider, sometimes two, sometimes in two directions. Watch the video below by YouTuber FTWapps for a demo (skip to 0:25):

I’ve already tried it out and I still can’t believe that it’s a real game. I myself don’t know if that’s a compliment or an insult. Fortunately it’s free, so unlock your iDevice, go to the App Store and give Slide a try. Although if you unlocked your device you’ve already given Slide a try. I wonder if it has an Android counterpart.