The Great California Meteor Rush Is on!

I watched the Discovery Channel program Meteor Men a few times, certainly enough to understand that little pieces of meteor could be worth big money. On April 22 a gigantic fireball explosion rocked parts of northern California and Nevada. The fireball in the sky was a meteor estimated to have been about 154,300 pounds. 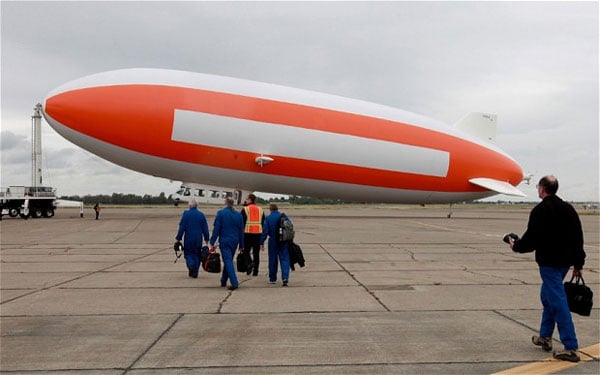 The explosion heard was a sonic boom of the giant meteor entering the Earth’s atmosphere. Parts of that meteor hit the ground and have already been found by treasure seekers. However, so far only small portions of meteor have been found. Some researchers believe that there have to be large pieces out there waiting to be discovered.

“Only small pieces have been found. There have to be big pieces out there,” SETI Institute meteor astronomer Peter Jenniskens said before the trip. “We’re just hoping to collect more meteorites for research.” The photo you see here is a group of NASA researchers heading to a NASA blimp to be used as an aerial platform to search for the meteor fragments. Meteors of this magnitude generally happen once per year around the Earth, but typically they happen in uninhabited areas. This meteor happened to plunge into the Earth’s atmosphere near populated areas and was witnessed by many people.