Going green isn’t necessarily difficult, but it is expensive. Being green it’s especially expensive if you’re trying to swap from incandescent light bulbs in your home or business over to LED light bulbs. LED bulbs can cost anywhere from $50 and up, though they do last much longer. Another problem for most people also tends to be that most LED bulbs produce a strange color of light and traditionally they are only available in brightness equivalent to lower wattage bulbs. 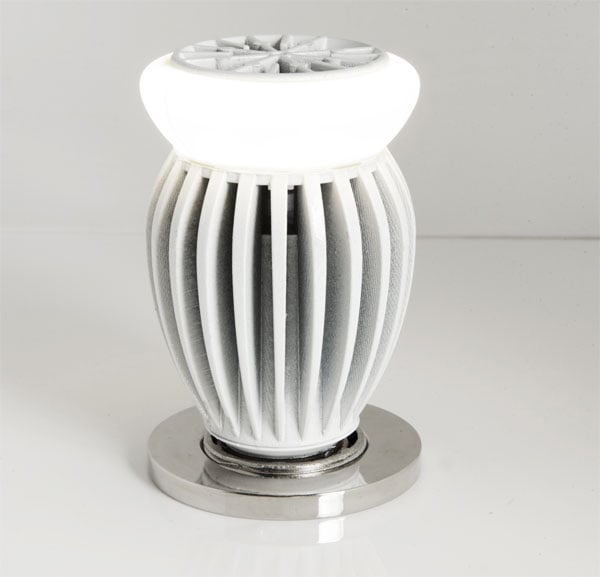 A company called Intermatix has announced that its ChromaLit Contour LED light bulb is now available in a 100 W equivalent. The bulb was previously available and 60 W and 75 W equivalent.

The company says the bulb produces a uniform and glare free light that is diffuse and distributed around 330°. The company offers a choice of color temperatures so you can choose the color the most closely reflects standard light bulbs. The company also claims that its bulbs are 30% more efficient than traditional LED bulbs. The price for the 100 W bulb is going to be around $20.