The Turanor PlanetSolar is now the first completely solar-powered boat to complete the circumnavigation of the globe. The solar powered catamaran set sail from the port 19 months ago and is the world’s largest solar powered boat. The massive vessel made its way across the Atlantic, Pacific, and Indian Ocean, ending its journey with its return to Hercule Harbor in Monaco. 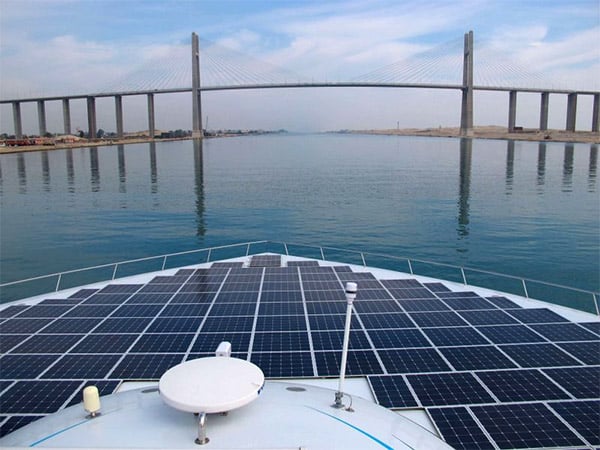 The ship even traversed the Suez canal and docked at many port locations along the way. The ship was made to be as lightweight and aerodynamic as possible and measures 31 x 15 m. The PlanetSolar was made from carbon fiber and the deck surface has 537 square meters of solar panels. Those panels were able to generate 93.5 kW of power. 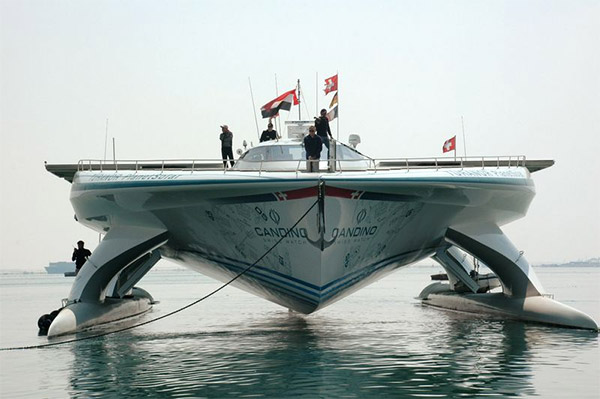 The power was stored in a lithium-ion battery system. The power generated and stored was enough to keep the crew of four people cruising on their trip around the globe. The vessel traveled as near the equator as possible to provide the maximum amount of sunlight. Once the ship docks officially, the power left in the batteries will be used for a light show display during the arrival festivities.