Phoenix Down Pendants & Charms: So That’s What it Looks Like

Buried among the billions of Snow White and Iron Man MacBook Pro decals in the great marketplace known as Etsy, an intrepid customer may come upon a handful of small bottles with elegant caps and accents. But as with most bottles, the real treasure lies within. Tufts of feathers so crimson you’ll think they were strands of fire: the fabled Phoenix Down. They could also just be chicken feathers dyed red. Or Iron Man MacBook Pro decals ripped to shreds. 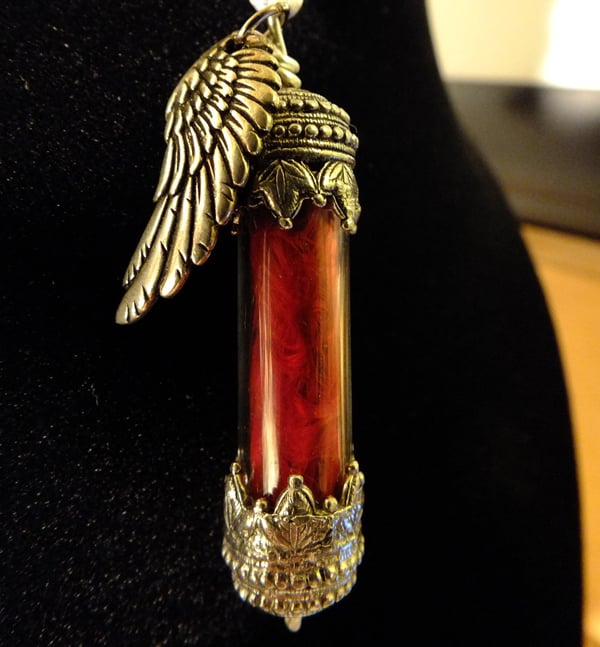 Magical they are not, but these pendants and charms are powerful enough to revive your style. They’re certainly better than tent or cottage pendants.  Most of them have a winged accent and findings made of pewter, while the simpler ones have cork stoppers. 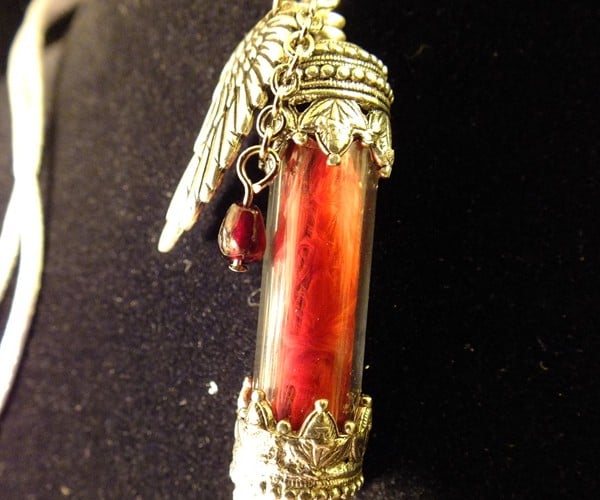 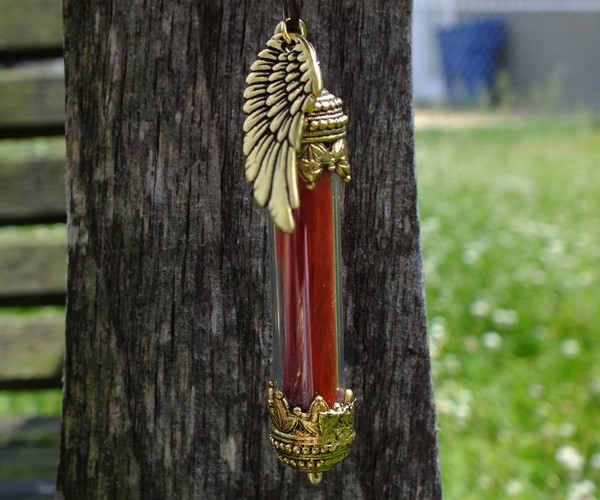 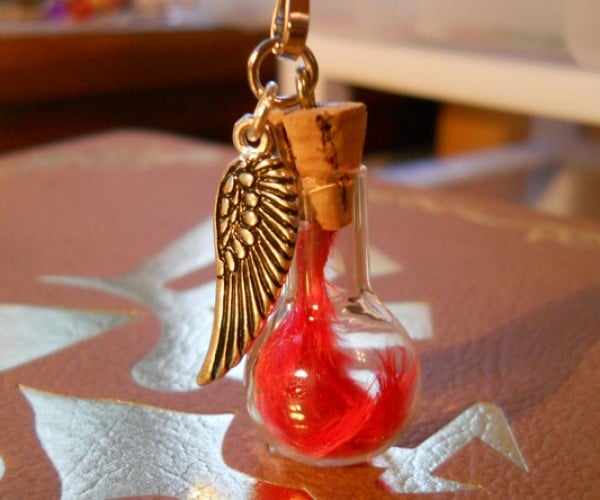 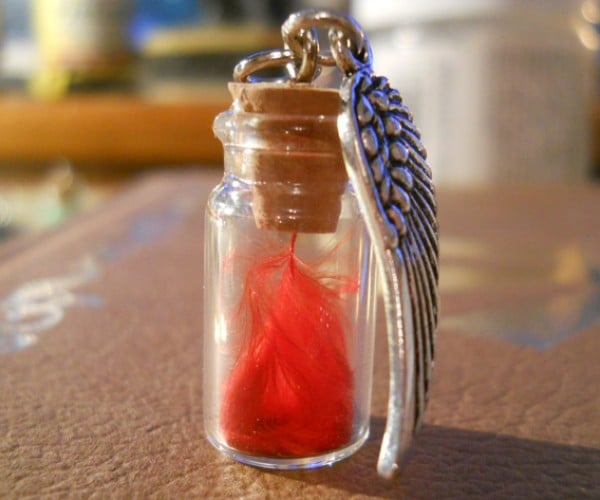 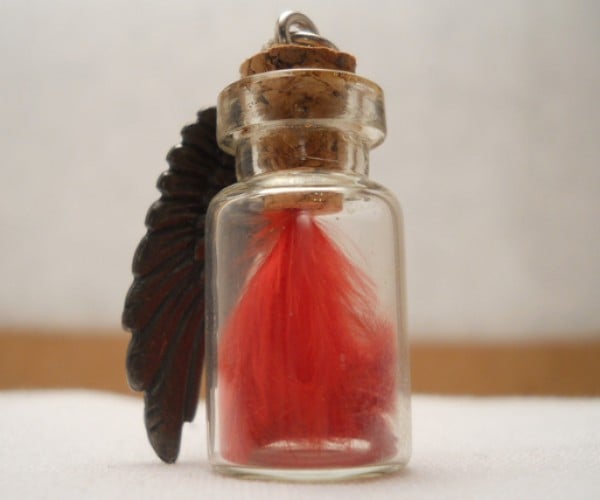 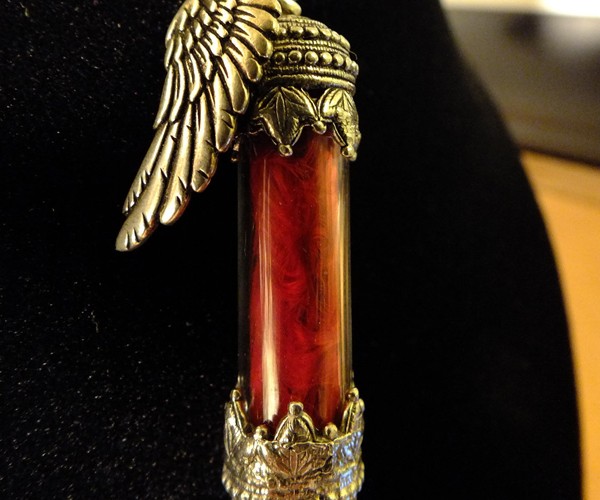 Summon a Chocobo and ride to Geek OUTlet’s Etsy shop to buy your own Phoenix Down charms and pendants. Prices range from $12-$25 (USD). If Cloud only had Internet access… then maybe Aeris wouldn’t have died.