I was just watching that Family Guy episode where they referred to Imperial Walkers as “robot camels,” and they are so right. Not that it makes AT-ATs any less cool – especially when the AT-AT in question is actually a computer. 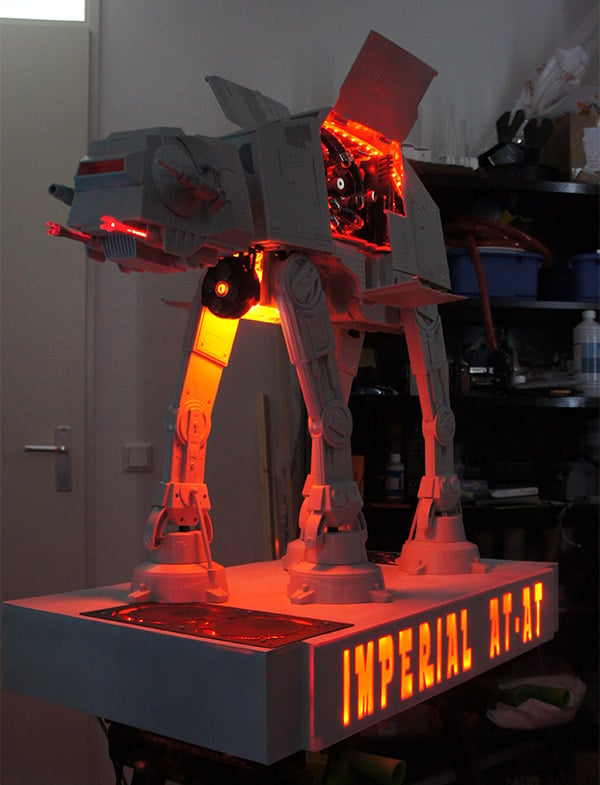 Modder Asphiax has put together this Imperial Walker PC using one of those giant Hasbro AT-ATs as the starting point. Instead of Imperial troops, the AT-AT PC has a Zotax Z68 Mini ITX mobo inside with an Intel Core i7-2600K CPU, a Sapphire 6870 GPU and 8GB of RAM. 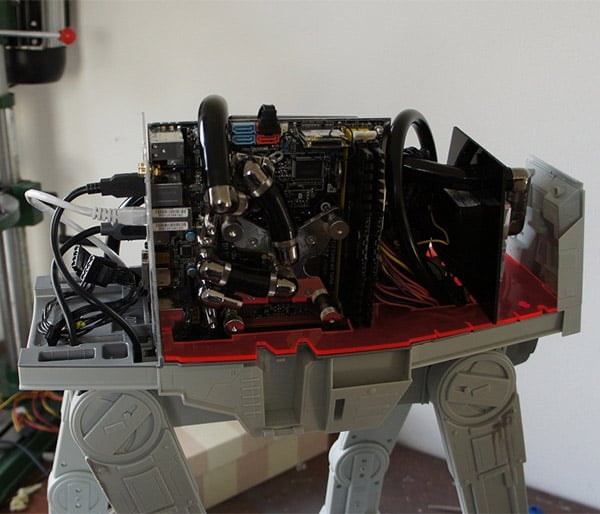 The system is cooled by Koolance 370 CPU and mosfet waterblocks along with a Heatkiller NB/SB waterblock, and XSPC pump, 2 x 240 radiators, 4 x 120mm Enermax Fans, and controlled by a Scythe Mediabay. Boy, that sounds more complex than the insides of an actual AT-AT. Then again, they probably didn’t need much cooling on Hoth.

It also has a USB powered Arduino which controls a pair of red lasers installed in its head-cannons. Cool. 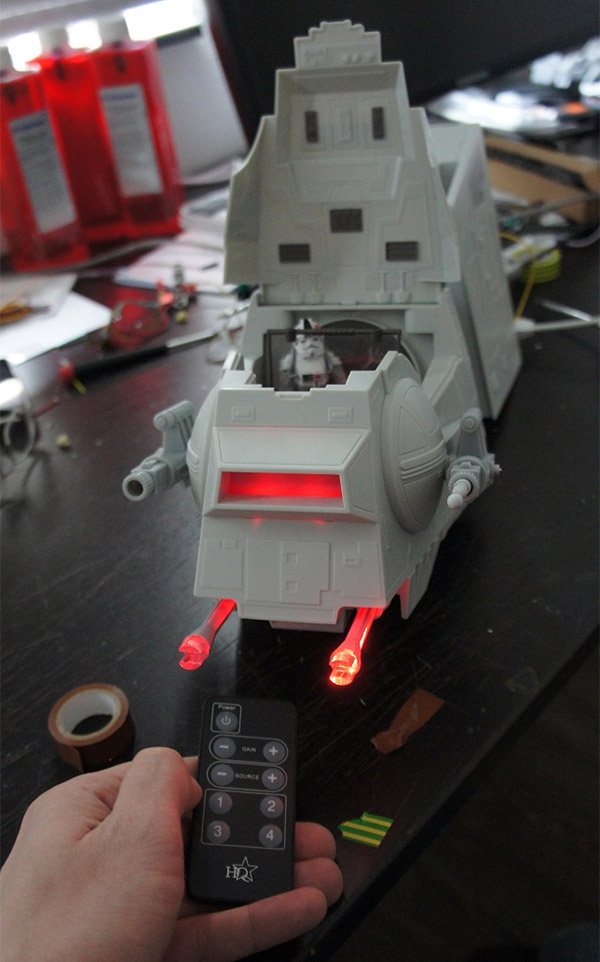 You can check out more photos of the AT-AT PC build, and many other sci-fi inspired mods over on Asphiax’ website or his SCIFI OCD Facebook group. 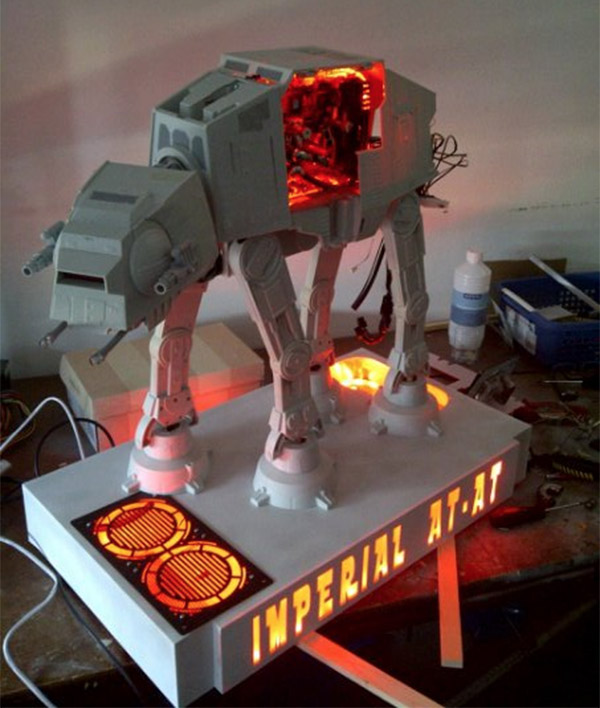