Disney’s Research Hub recently presented a new technology that can make a variety of materials touch-sensitive. I wasn’t even aware that Disney had a network of research labs, but after seeing what their team of nerds are capable of I’m never going to forget about them. Unless Hasbro makes real Transformers. 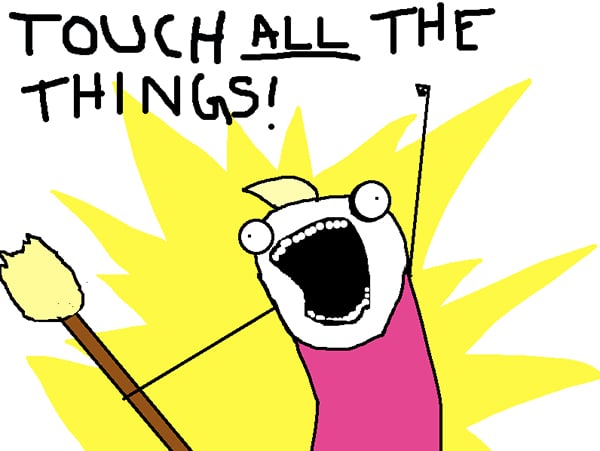 The technology is called Touché, and is nothing short of revolutionary. Unlike the Microsoft, Corning and Samsung future, where every wall, window and surface is actually a touchscreen, the Disney future is one where objects still look a lot like the ones we have today, except they’re wired and can recognize different gestures, positions and even our presence. Touché has two main differences from capacitive conventional touchscreen technology. First of all, it doesn’t just have an on or off state (i.e. touch or no touch), and second, as I said, it works on a variety of materials, even on human skin and liquids.

That’s awesome. Pair this with Kinect and you can truly have a smart environment where the artificial surroundings – offices, houses, furniture and electronics – respond to us in more intuitive ways without us having to deal with buttons, switches, knobs or even touchscreen devices. Combine this with biomechatronics and paralyzed people will be able to “feel” again and be more independent. Mate this with life-size dolls and… No. Let’s not go there.

[via Disney Research via Hack A Day]