Freeze Yourself in Carbonite at Disney World

Ever wanted to know if you could survive being frozen in carbonite like Han Solo? Well, if you’ve got $100 to spare, you’ll soon be able to find out, thanks to a special attraction scheduled to arrive at Walt Disney World later this month. 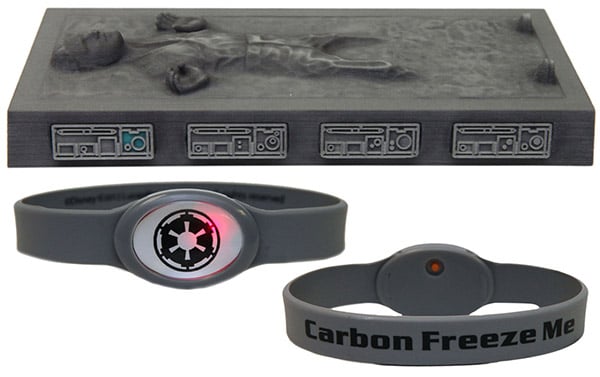 Carbon Freeze Me will let guests step into a “carbon freezing chamber” which will snap digital images of your face and convert them into a 3D model. These will then be used to create an 8-inch-tall 3D model of the classic Han Solo frozen in carbonite, but with your face replacing Han’s. It’ll cost you $99.95(USD) if you want one, and that also includes a commemorative LED Carbon Freeze Me wristband. Additional 3D figurines can be ordered for $74.95 each.

Carbon Freeze Me will be on hand every day from May 18th, through June 16th, 2012 at Walt Disney World’s Hollywood Studios. You must reserve a spot in advance by calling 407-WDW-TECH, and placing a credit card deposit.