If you’ve seen The Avengers or the previous Iron Man movies, you’ve probably been wowed by the computer interface that Tony Stark and his colleagues use, where they send data to by physically sliding or swiping screens to each other. Natan Linder and Alexander List have captured some of that marvelous magic with their app. 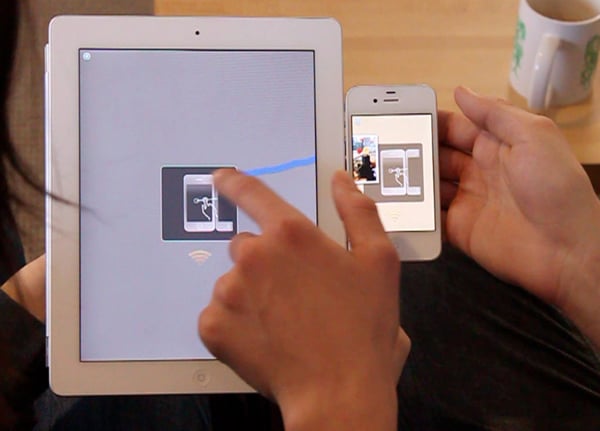 The app is called Swÿp. I guess Swipr and Swipestagram were taken. It’s made for iOS devices and is as easy to use as most of Apple’s gestures. Simply swipe the icon of the file you want to transfer from the source to the target.

Both devices are not hacked or modified in any way save for the installation of the app. The trick is that the swipe is actually broken down to two parts: swiping out tells Swÿp that you want to send a file, and swiping in means that you want Swÿp to receive a file. What isn’t clear to me is if both devices already have to have Swÿp up and running or if Swÿp can autorun on the receiver’s end when it detects an incoming file transfer.

Linder and List have a guide and resources for developers here. If only it was this easy to transfer files to and from iOS devices to computers. For the love of convenience, please let this be the future of syncing.