Electric vehicles are known for being energy efficient and good for the environment, but they’re generally not known for their speed and performance. But that didn’t stop one rider from heading into the record books last Friday with an electric motorcycle capable of hitting speeds greater than 200 miles per hour. 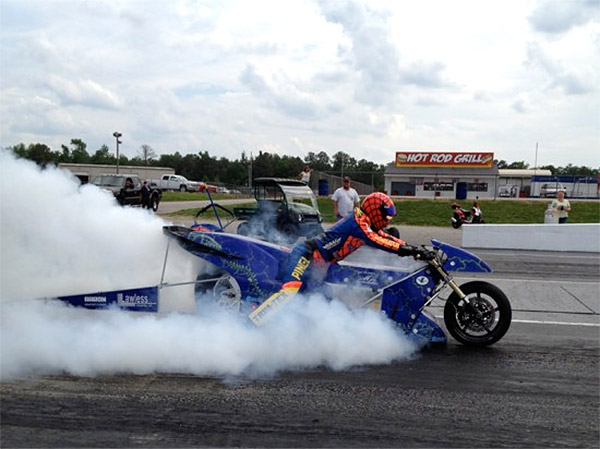 The 355 volt Lawless Electric Rocket Bike was built by Lawless Industries and Orange County Choppers. Rider Larry “Spiderman” McBride hit a top speed of 201.37MPH in just 6.94 seconds on this incredible bike. Not only is that an amazing feat for an electric vehicle, but just think about the acceleration there – 0 to 200 in under 7 seconds. That’s face-peeling-off speed. Check out the video below for Larry’s record run:

What’s really cool is not just how fast he goes, but just how quiet the bike is going from a dead stop to over 200mph. I wonder how far the bike can run at that speed before it needs to be plugged back in for a recharge.