Launching a satellite can cost millions of dollars – not counting the millions of dollars your average satellite costs to build. The military and various governmental organizations have satellites in orbit that are able to peer from space to the surface of the Earth to help soldiers get a better look at the battle field. The problem is that not all areas on the globe are covered by satellites at any given time. 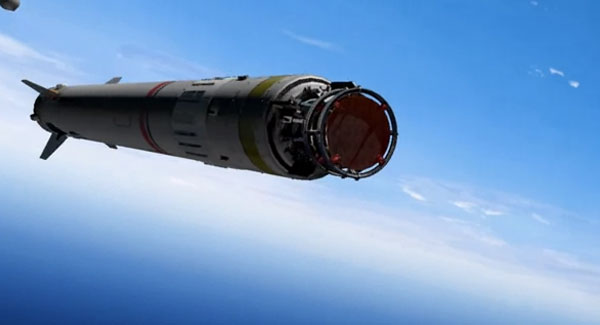 DARPA is soliciting responses from corporations to build a very interesting satellite system called SeeMe. The system has a small launch vehicle sized like a missile that would hang under fighter jets wings. This particular missile could apparently be mounted under a civilian aircraft. The aircraft would then take off and fly to cruising altitude where it would launch the missile into space.

Once the missile was at its precise orbit, a small disposable satellite would launch with optics that can see exactly where the soldier who requested it is, and start providing coverage in as little as 90 minutes. The idea is that these small SeeMe satellites would be able to provide personalized space-based surveillance coverage on demand. 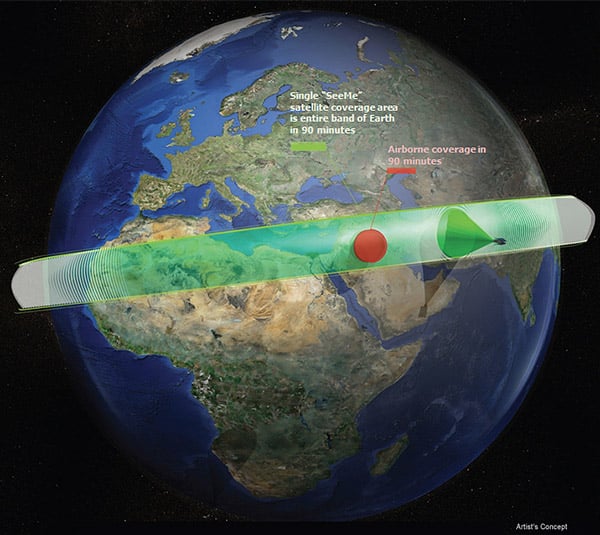 DARPA sees the system operating with a constellation of disposable satellites able to stay in orbit for 60 to 90 days before burning up on reentry. The launch system may be in the form of another DARPA project called Airport Launch Assist Space Access, designed for payloads around 100 pounds.

For more information on SeeMe, head over to the DARPA website.