The G.I.A. (Gestural Interactive Automaton) is a robotic sculpture that was created by Daniel Jay Bertner. It is mounted on the wall and it is basically a projection sphere and a webcam attached to three servo-controlled articulating arms. A human face is projected onto the sphere, and that face that will watch your every move. 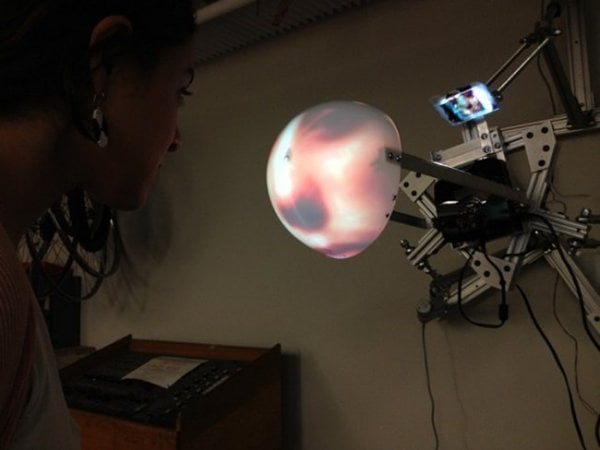 The face follows you around and changes its expression according to your reactions, creating interaction. Daniel wants to bridge the gap between man and machine through this process, which uses open source motion tracking and facial recognition software.

Think of it like those paintings where the eyes watch your every move and follow you. It’s like that, but better/creepier. You may very well have nightmares after you watch it watching you.