The latest watch to make it from concept to production at TokyoFlash is a real looker. It’s called the Kisai Uzumaki, and tells time using a bold spiraling display that looks complex, yet is easy to read. 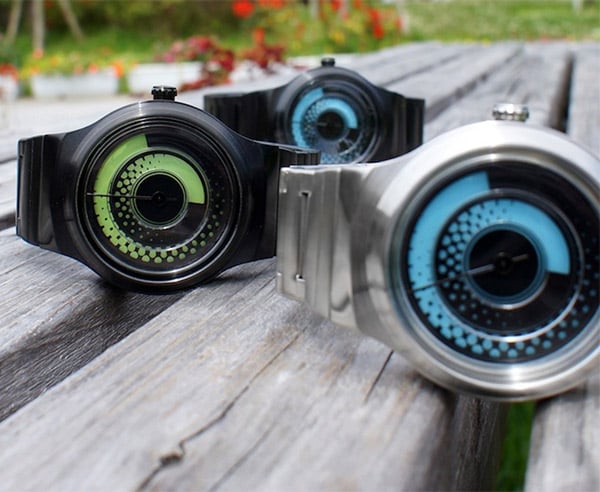 The Uzumaki got its start as a concept by Firdaus Rohman over on the TokyoFlash Design Blog, and received enough community support to be put into production. Despite its dramatic, futuristic styling, the Uzumaki is actually an analog watch. 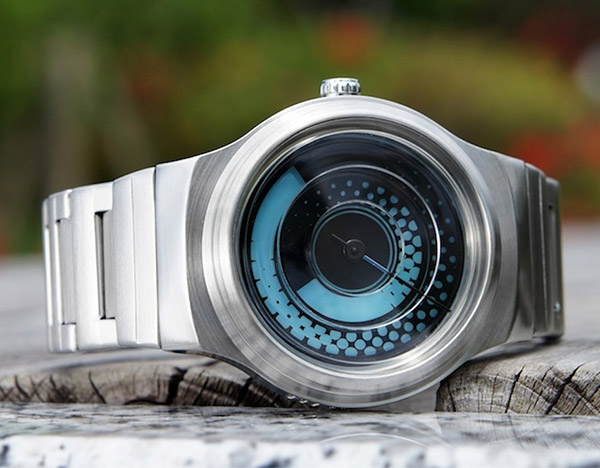 Two concentric rings are used to indicate hours and minutes, while a single sweep second hand rotates at all times. Adding further interest to the design of the dials is a unique acrylic lens with gradually descending circles to enhance its whirlpool effect.

The watch is available in either black or silver stainless steel finishes, with a green/black or a blue/black face. Another unusual feature for an analog watch is the electroluminescent backlight so you can read it at night. 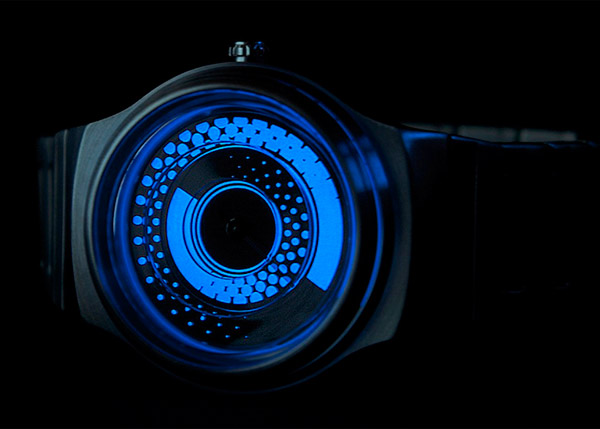 Overall, I think the Kisai Uzumaki is one of the better watches to come from TokyoFlash in a while, sporting cool modern looks, but not sacrificing readability. If you move fast, you can grab the Uzumaki for a special discounted price of $99(USD) – now through 11:30am Japan time on May 11th. After that, the price jumps up to $129.