We’ve seen voice authentication as a security measure in movies and TV shows, but is it really practical on a flash drive? Wrench Monkey Studios think it is. The company’s Voicelok USB drive lets you add an audible password, so everyone around you can hear what it is. Just kidding. 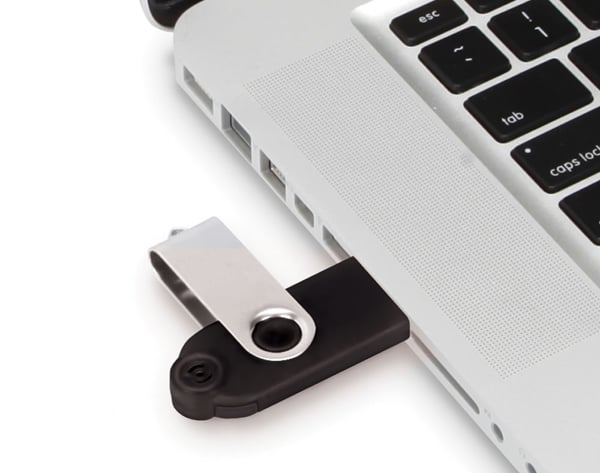 When configured with an audible password, Voicelok will not be recognized by a computer even if it’s already plugged in, not until it “hears” the password via its built-in microphone. The phrase has to be 2 to 4 syllables long, but the real password is your own voice. It’s the way you say the password that unlocks the drive. It’s your voice that rouses it from slumber. Your voice brings it to life. Your voice makes it believe it can love again. What?

But obviously you still don’t want to say the password aloud when you’re in a crowded place. You’re just alerting spies and ninjas that you have top secret data and a high tech flash drive. Here’s where the secondary color-coded input comes in. Voicelok has two switches that toggle two LEDs, one red and one green. I think it’s even more secure than the voice password. Watch the video below to see what I mean.