Etcher Case Turns iPads into a Working Etch A Sketch

There have been Etch A Sketch cases out there before, but this is the first that I’ve seen that’s actually functional. The Etcher case will transform your iPad into a working Etch A Sketch, albeit in a digital version. 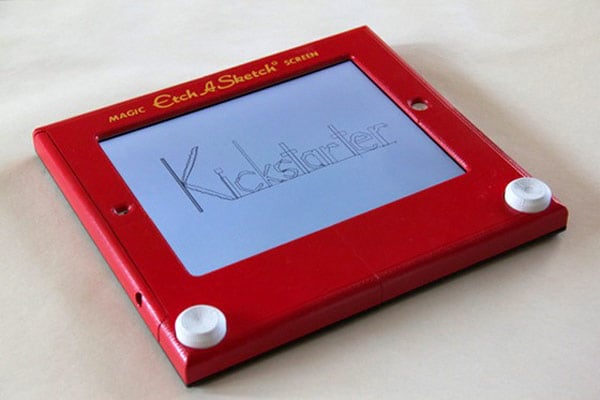 The Etcher case was recently launched as a Kickstarter project. The knobs will actually work just like a real Etch A Sketch, allowing users to draw straight lines on the iPad’s screen. Plus, the whole tablet will erase itself when you shake it. The case will work with an official app on the App Store, so there is no need to jailbreak your iPad to use it.

The Etcher case is available starting at $60(USD), but there are other versions up for grabs in the next 30 days, and there’s an early adopter deal for the first 100 people to get one for just $45. At the time of writing, the Kickstarter project had amassed $5,295 out of a projected $75,000, with 30 days left for funding, so it’s got a long way to go. Of course, you could always just spend $15 and buy an actual Etch A Sketch.