While my iPad rarely runs out of juice, it’s becoming more of a problem for my iPhone. Nevertheless, if your iPad seems to suck on a lot of power, then check out the Kudocase, which is a solar-charging face and stand for iPad 2, as well as the new 3rd generation iPad. It looks pretty spiffy, and I’m sure you’ll be the only one on the block with this one. 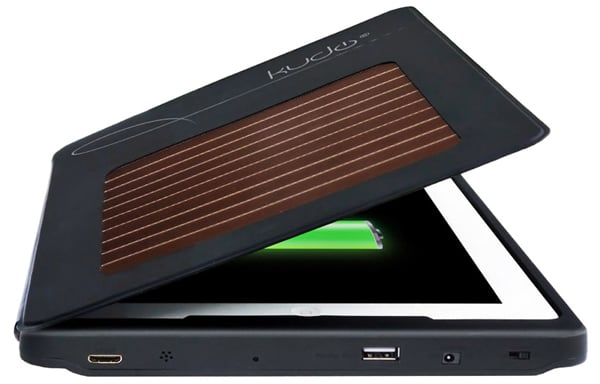 The Kudocase doubles as a stand, and uses photovoltaic ink technology to generate electricity from indoor or outdoor light. The device has a slim 4mm 10,000 mAh battery, and will also let other mobile devices, like smartphones and cameras, get juiced up via the built-in USB port. The solar charger is supposed to provide up to 10 days of power for the average user.

The case itself is rubber-coated and composed of biodegradable corn grain. Like any good iPad case, it supports automatic sleep/wake, and works at several angles. It also has a handy built-in HDMI port. 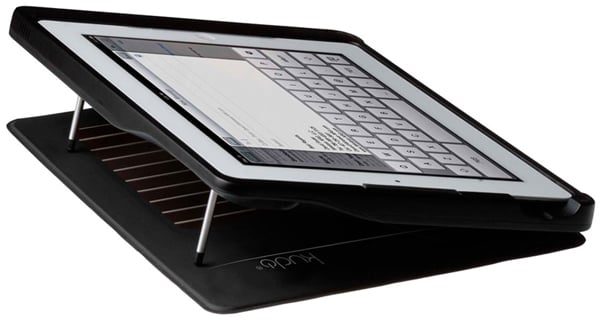 Kudocase began as a Kickstarter project and raised more than four times its initial funding goal. It’s now being produced in black, with more colors – blue, gray, green, and pink, being released at a later date. It sells for $190 at the Kudo shop and it starts shipping on May 11. 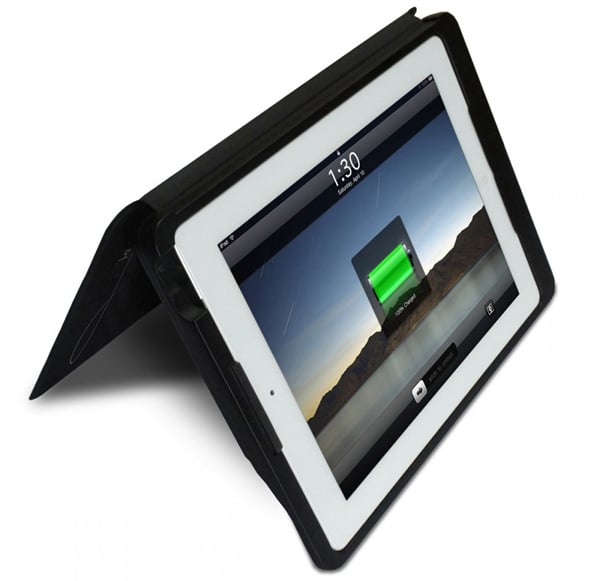