Check out this new video which shows off some new in game footage from Assassin’s Creed III. We’ve seen still images and teasers before, but there are plenty of new things to see in this 3 minute-long clip. I don’t know about you, but I have been waiting for this game and it looks pretty sweet. 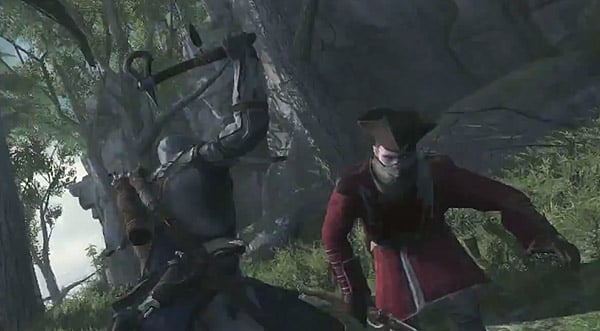 I love the choice of this installment’s locale and am looking forward to slamming my tomahawk into skulls repeatedly. The more I see, the more I like the way this game is shaping up. It’s hard to say for sure, but the combat looks much improved over previous games, and some of the movements seem much smoother.

And the bear! There’s a bear! I know that thing is going to end up killing me dead when we first meet, but I will have his hide after a few tries.