It Doesn’t Hate You, But This DIY Portal Turret Will Still Shoot You

Sure, we’ve seen the odd Portal turret here and there, but this one actually shoots. It was created by a Penn State University student for his Advanced Mechatronics class’ final project. Just like in the game, it tracks its victims using a camera and shoots at them. 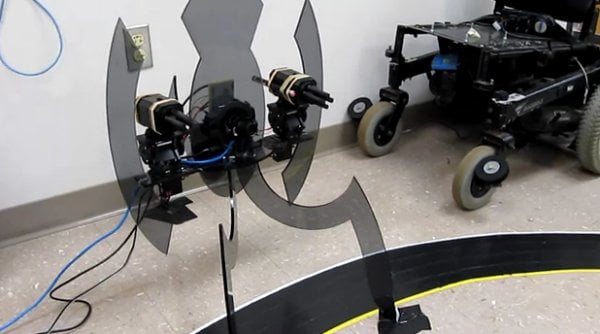 Though in this case it just shoots Nerf bullets, so there is no way that you are getting hurt. You’ll notice that it has no frame, but he’s working on one. That will make it look more like the turrets we know and love.

You’ll also notice that it even talks in that weird creepy voice. It’s an awesome project and i can’t wait to see the frame when it is added.

[via Kotaku via Joystiq]