Gigawatt the TimeFormer: Where He’s Going, He Won’t Need Roads

Transformers scholars will be quick to point out that there’s already an Autobot that transforms into a DeLorean DMC-12, but let’s out-point them with this point. Which would you rather have: Swindler, a weakling whose most notable achievement is a stint as a pro wrestling manager or Gigawatt, a mighty warrior that can travel through time when he hits 88MPH? 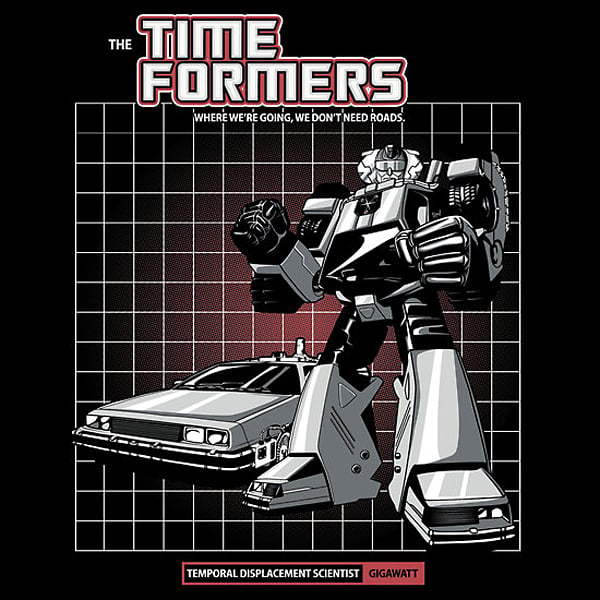 While we’re waiting for Hasbro and Marvel to retcon Swindler out of existence and slip Gigawatt into the Autobot roster, head to Red Bubble and pay about $25(USD) to get yourself this future classic T-shirt.