Bacon pie is not exactly what it sounds like. At all. There is no “pie” involved in this wonderfully delicious creation, only bacon. And cheese. And more bacon. Not going to lie, this looks as appetizing as anything I’ve ever seen, but it also looks like more than a couple of bites would send me to the hospital. The bacon pie is a giant slab of weaved bacon, a ton of cheese and bacon strips, and another giant slab of weaved bacon. I think there should be some kind of prize for anyone who can eat an entire pie in one sitting and not vomit all over the kitchen. “$50 and I’ll do it.” 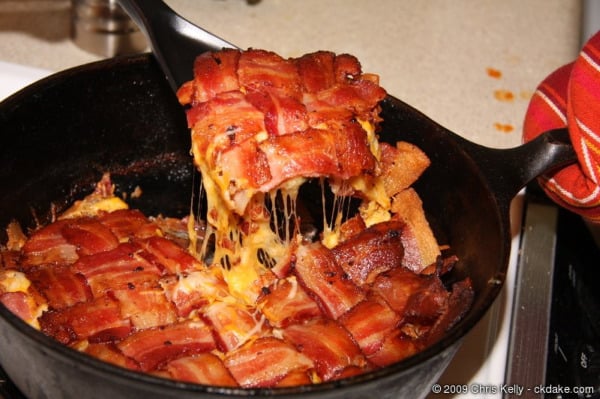 Mmmm… the bacon pie… in all of its greasy glory. This was created by a guy named Chris Kelly, and he has some instructions on his website that I will link later to in the post. The recipe calls for a ton of bacon, a ton of cheese, and a cup. “Why the cup?” Read on! AT DAWN, WE RIDE! *Runs into the street and gets hit by a bus* “hahaha BUS RO DAH!” 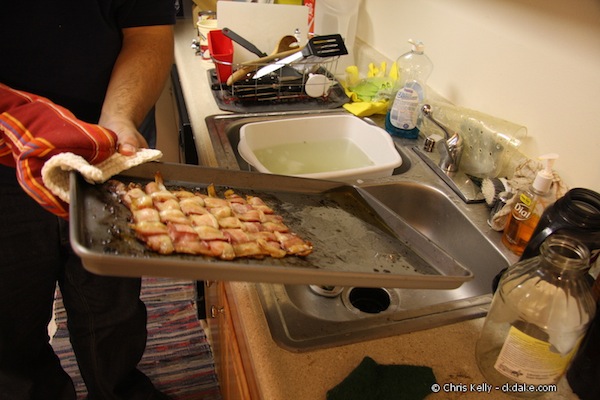 Why did I pick this seemingly boring image to put into the post? Because, if you look carefully, you can see that there is a cup in the sink. Do you know what that cup is for? “Yes.” Well, I’ll tell you anyway. The manliest of men, the manly man, the real men of the world take their bacon grease, put it in the fridge, and use it later too cook more greasy food that just isn’t greasy enough. “That’s kind of gross.” No, it’s just really manly. Pass the fried lard, please, my Spam is dry. 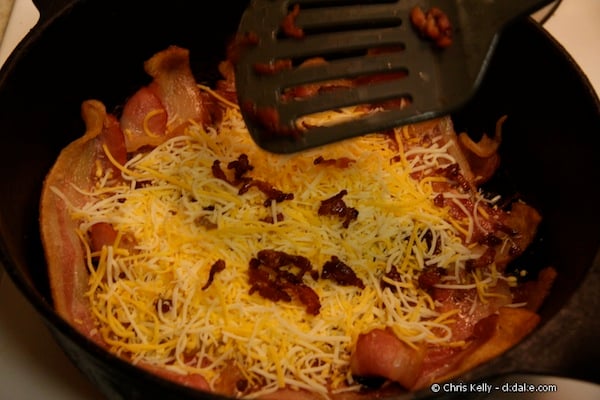 If you love the bacon pie, then you should probably start watching what kind of food you’re eating before you end up dead. Just a thought. Then, after you’re done dismissing my admonishment, you can check out the PorkKleen Bacon Hand Sanitizer and the Bacolicious Website Baconizing Service when you’re ready to move on.