Ewok Cake Has Cute and Fuzzy Body, Eyes That Look Like Abysses of Despair

At first glance, the Ewok Cake looks adorable! It’s wearing its adorable hood, and its body is covered in adorable fur-like frosting. Then, you take a longer look and realize that this is in fact only the top half of an Ewok. But, cakes are usually just portions of a character, so this isn’t extremely out of place. Finally, your eyes move to its face, and you see eyes that just suck the light out of the room. That’s when you call for a change of undies and go visit a different booth at the cake fair. 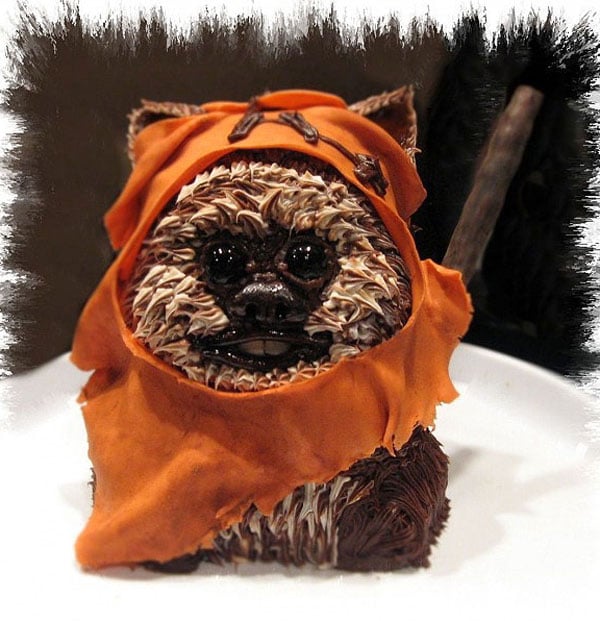 While I may personally find the eyes disturbing, many others have found them to be adorable. I’m fine with whichever decision you choose to make, just know that when it comes time to voting people off of the island, you’re my first pick. “Where are you going to vote me to, you moron? We’re stuck on an island. This isn’t Survivor.” I see your point… we’ll have to feed you to the large gorillas that I saw roaming the cliffside, then. 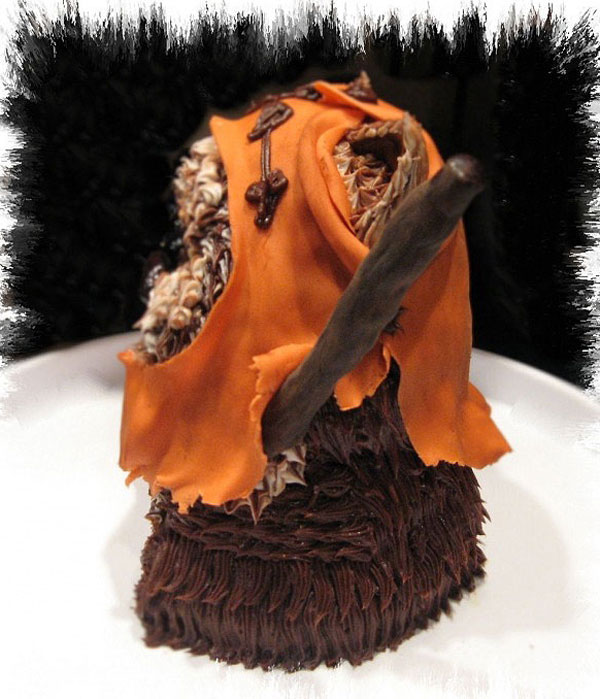 Though we might be able to agree that the Ewok Cake is slightly disturbing, nobody can argue with its accuracy and detail. Bake a couple hundred of these and we can make a new Star Wars movie based off of the social class struggles of the Ewoks. It’ll be the next Scarlet Letter, the next Uncle Tom’s Cabin. This is going to be huge! Even if it’s horrible, just saying that it’s a commentary on society makes it very sophisticated and famous. Everything I just said: summary of what I learned in all of my english classes. Also, Shakespeare is more risque than you might think.

If you love this Ewok Cake, then you’ll want to look at some other Star Wars baked goods. Check out the Star Wars Flat Cakes and the AT-AT Cake if your in the mood for food.