Jedi Academy Exists, Midichlorians Not so Much

It turns out we don’t have to journey for a long, long time or travel far, far away if we want to be Jedi, because there’s an academy right here on Earth. The New York Jedi club offers classes for Star Wars fans on using lightsabers. Or at least replicas of lightsabers, and I don’t think they have a course on the use of the Force either. 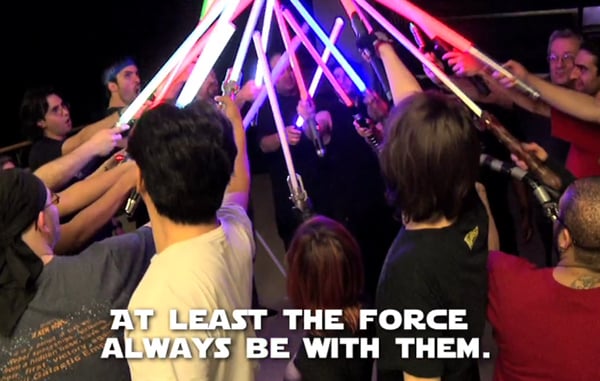 The classes are run by Flynn Michael, who doesn’t seem to teach an actual fighting technique so much as share the style and choreography of lightsaber battles from the Star Wars prequels. Obviously the biggest draw about the club is the community, meeting and playing with other fans. Because no Padawan wants to role play alone. Here’s a short feature on the club by Diagonal UK:

Use the force of the Web and head to the New York Jedi website for more info, or to apply as a Jedi Web Designer. I wonder if there’s also a Sith Academy somewhere in this wide and strange world of ours. But at only two members maximum that will be a much lonelier club.