If you ate your own brain, what does that make you? A zombie cannibal? A short-lived Hannibal? An attraction at a goth carnival? Or just dead? Fortunately Andy Millns will not be burdened with any of those associations, because he only ate a piece of chocolate cast from a mold made from a 3D print made from an MRI of his own brain. Which makes him a geek. 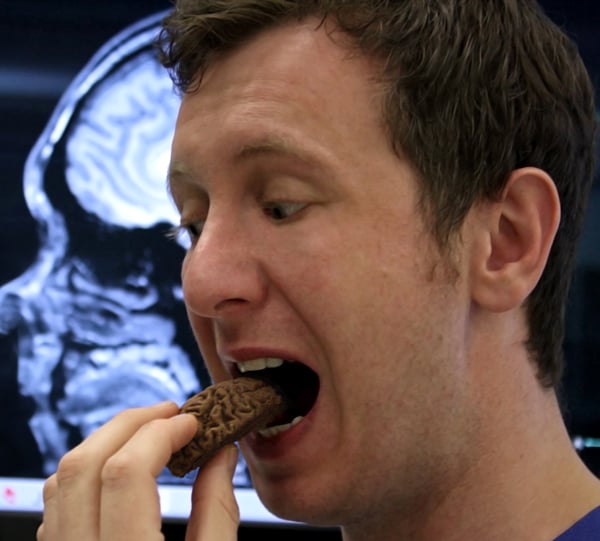 The cranial confectionery was the brainchild of 3D tech company Inition. I’ve already outlined the steps above, but in case you need something that makes more sense, watch the video below:

They would’ve skipped a couple of steps if they just used this 3D printer instead, although I guess it would take way longer. Inition also put up an Instructable for those interested in eating chocolate brain, including an MRI file containing a scan of Millns’ brain. I can’t decide which is weirder: eating a chocolate brain based on another person’s brain or one that’s based on your own brain. Or that Chocolate Rain song.