The Apple Smart Cover works reasonably well to prop up the iPad, but if that’s not enough for you, then check out the Moshi iGlaze with VersaCover. It basically works in a similar manner to the Smart Cover, except that users can fold it in more ways to get the most out of it. 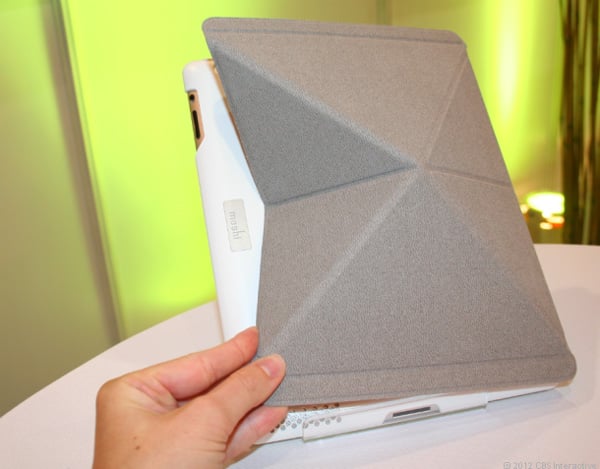 The Moshi iGlaze with VersaCover was unveiled at CTIA last week and it will allow you to prop up your tablet in portrait or landscape orientation by flexing it at various fold points. The cover attaches to your iPad using magnets, and has a soft microfiber finish to protect your screen. I’ve always thought that the Smart Cover was nice, but a bit limited in terms of the angles you can use it at. 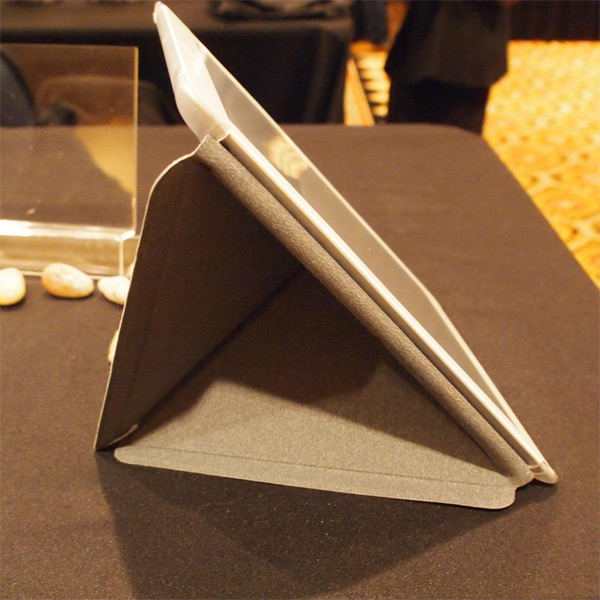 The VersaCover package includes an iGlaze, which is a clear backing case for your iPad to protect it from scratches too. It will be available this June and will sell for $60 (USD). 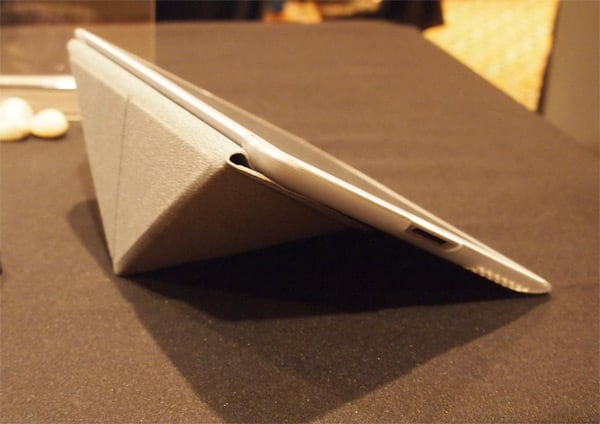 [via Gizmag via Ubergizmo]