How Many People Like That Shirt? These Hangers Let You Know

Most shoppers are governed by the rule of supply and demand. There’s also the rule of majority wants. (If it isn’t obvious enough, that’s something I coined myself.)  So basically, my self-made rule states that most people will tend to want something more, if they see that a lot of other people like it. This doesn’t apply to everyone, although I know a fair amount of people who shop by this rule.

That’s probably what Brazillian clothing retailer C&A is using as basis with their Facebook “Like” hangers. C&A has hooked up their hangers with a display the shows the number of likes the same article of clothing has received on their website. 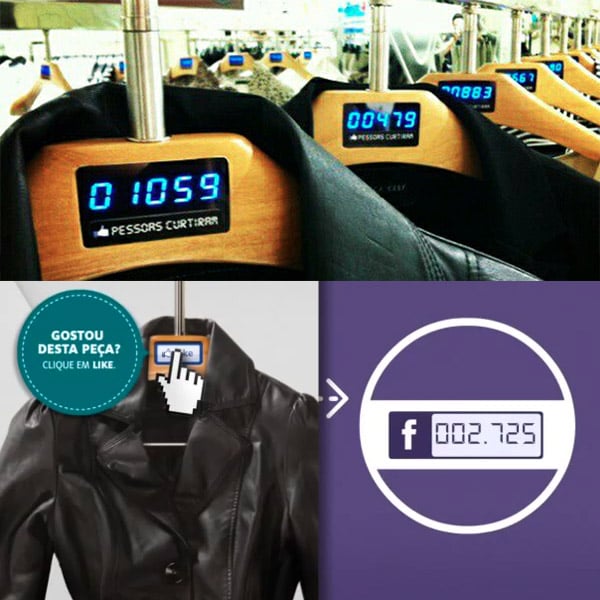 Doing this works both ways, of course. If a person is on the fence about something and sees that it has ten thousand Likes, then he or she will probably end up buying it. But if it has just one or two Likes, it’ll probably go back on the rack.

[via New Launches via Oh Gizmo!]