Doctors and researchers are putting intense effort into researching fixes for people who have paralyzed arms and legs from accidents or degenerative conditions. A team of doctors has been able to “rewire” the hands of a 71-year-old man who lost most use of his arms after an accident that left him with a broken neck. 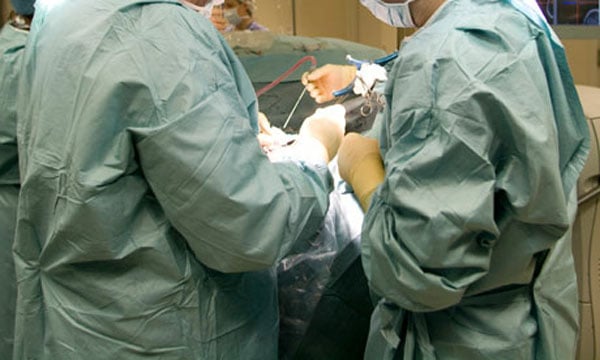 The surgeons took healthy nerves from the man’s body and used them to bridge the damaged nerves affecting his hands. The operation was performed at the Washington University School of Medicine, and the doctors hope that the operation could prove to be a breakthrough for people suffering from spinal cord injuries.

Once the new nerves were connected to the damaged areas, the man received extensive physical therapy. Eight months after the operation, he was able to move the thumb and fingers of his left hand, and after 10 months he was able to move the fingers of his right hand. Prior to the surgery, the man had limited movement in his arms, but lacked the ability to grasp or hold things in either hand. The man is now able to feed himself and write to a limited extent. Unfortunately, they cannot restoring truly “normal” function using this procedure. In this instance, for example, the man had to teach his mind to use a nerve that normally bends the arm and elbow to make the grasping hand movements.

[via Journal of Neurosurgery via Guardian]