Arduino microcontrollers can do so many things and can be found in robots, video game hacks, you name it. The small size and programmability of these boards makes almost anything possible. But what if you want a huge Arduino… for reasons unknown and unfathomable?

Well, John Edgar Park, writer for MAKE magazine, has just what you need. You can now make a huge Arduino, six times the size of traditional microcontrollers. It’s called the Arduino GRANDE. No you can’t order one at Starbucks, but it will put old timey hair on your lip. 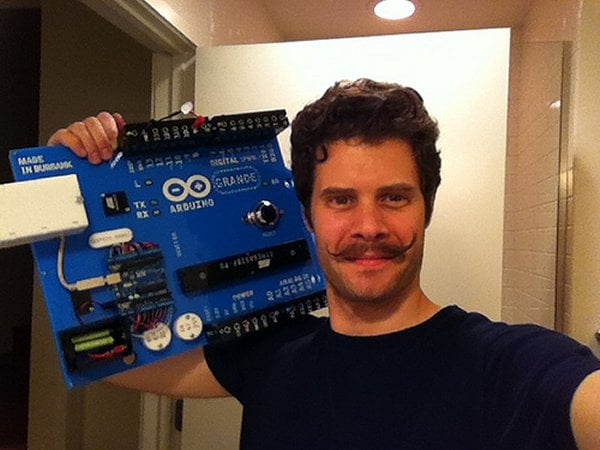 It is more macrocontroller than microcontroller, but it is fully functional. This large and in charge Arduino will be shown off at the upcoming Bay Area edition of Maker Faire. If you happen to be there, you can see how it was designed with 3D modeling software and then brought to life through laser-cutting.

It won’t be long before we see this beast in some crazy creations, I’m sure.