If you’ve got a bunch of data lying around on old hard drives, and want to make sure that nobody gets their hands on it, you could try reformatting the drives, but there’s always a chance that a data recovery service could pull the data off. You could also smash or melt the platters, but that would be messy. On the other hand, you could just expose the drives to a massive electromagnetic field to wipe out the data without harming the hardware. 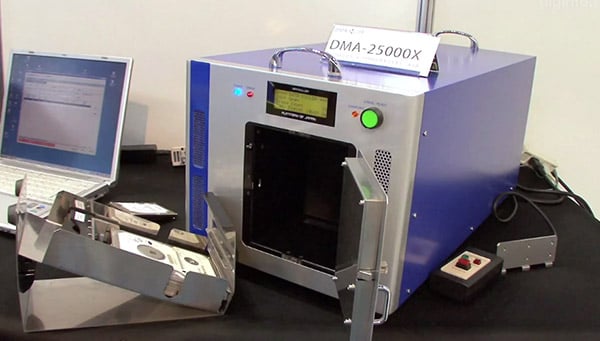 That’s exactly what the DataKiller promises to do. Created by Platform of Japan, this large metal contraption is said to instantly kill the data on magnetic media by realigning all of the magnetic particles in the same orientation.

In addition to wiping hard drives clean, the DataKiller can also clear off magnetic tapes just as quickly. After they’ve been through the DataKiller, all erased media can be reused like new. While the idea behind using magnetic fields to erase hard drives is nothing new, this is the first time I’ve seen such an imposing and serious looking data security device. As a matter of fact, the largest of these devices can wipe 14 hard drives at the same time.

Just remember not to put your credit cards inside of the DataKiller when you switch it on.