Thanks to the Internet, the gravity of trivial issues are quickly amplified and made overbearingly clear. Sometimes though, the hatred is warranted, as is the case with the launch day problems of Diablo III, a game that might as well be renamed Error XXXVII and the first quest switched to “Log In”. CCP Games, makers of the cutthroat MMORPG Eve Online pounced on Blizzard’s snafu with a new login screen: 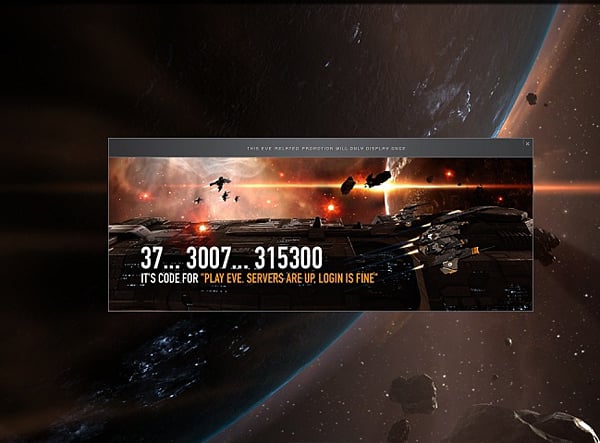 The numbers refer to three of the most common errors that players encounter while trying to play the game. Personally I’ve only managed to play about 15 minutes of the game in two days, not that I incessantly tried logging in for the past 48 hours. To console myself I’m just imagining that no one at Blizzard talks to this guy anymore. They just give him cold stares whenever he’s around.

To the people who say we knew what we were in for: really? Instead of thinking that gamers should have expected this, I say Blizzard should have expected this. They did beta tests. They have experience with server load with World of Warcraft. They have a tally of pre-orders to work with. They have loads of money. How financially disastrous could it have been for them if they over prepared? “Jeez, we set up too many servers, now more people will be able to play. Can’t have that.”

I don’t care what reasons Blizzard has for not including an offline single player mode in Diablo III – DRM, preventing hacking and cheating, more profit from the Auction House – none of those “good” intentions matter if your users can’t play, which, correct me if I’m wrong, is kind of the point of a videogame.