T-800 Animatronic Terminator Bust Promises Not to Kill You

Terminator fans have seen their share of statues and busts, but I am willing to bet that they have never seen the likes of this T-800 bust. It doesn’t just sit there looking pretty. The eyes glow and it actually moves. It’s basically like having a real T-800 (from the shoulders up anyway,) except that it won’t kill you. I think. 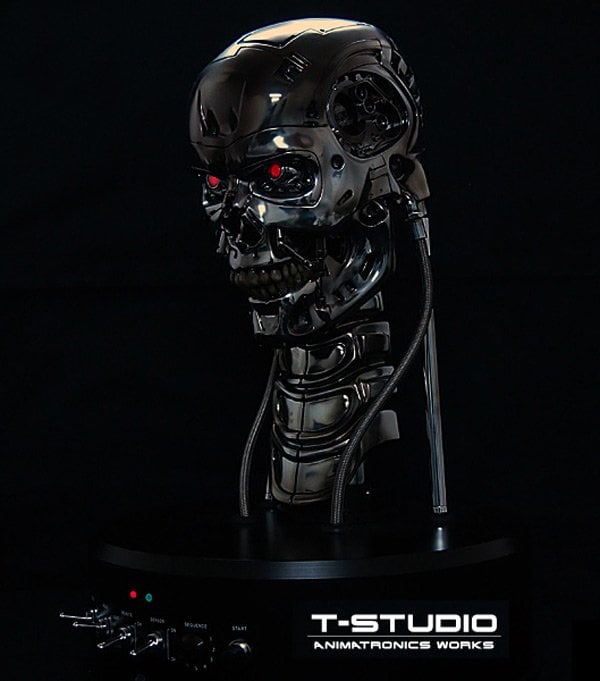 This T-800 was created by Animatronics Works Japan and you won’t find a cooler robot head to display. The detail is amazing. Even the teeth were created based on images of Arnold Schwarzenegger.

The whole thing is chrome plated using a “six-layer chrome plating” technique to reduce the signs of aging and degradation. It looks like the bidding for this thing starts at 900,000 yen (~$11,000 USD), though there are no bids yet. Does anyone care to guess how much it will sell for?