Old technology meets new technology here, and in this case they can actually interface very well despite their age difference. YouTuber Aliencurv modified an old 1983 TRS-80 portable computer with 20kb of memory to control a 2012 Wall-E robot. I hear ya. That’s crazy and pointless you say. I agree. And it’s still awesome. 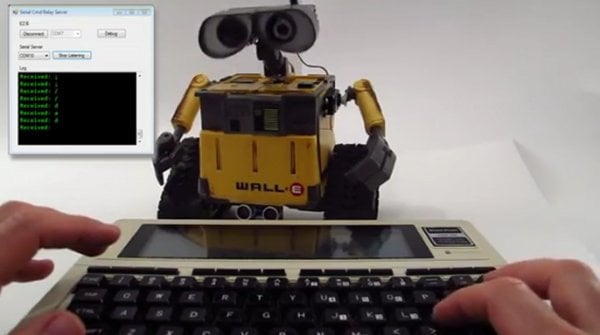 With the easy addition of a Bluetooth module, it can intercept the TRS-80′s keyboard input and beam it somewhere else. After that, it just took a terminal program and some extra code to turn the keystrokes into information that Wall-E can use. With that in place, you have yourself a remote controlled robot.

That computer is almost 30 years old. If not for this mod, it would be a useless paperweight. It is proof that by thinking out of the box, we can use some of our old gadgets and rescue them from obsolescence, while doing some cool things.

[via Hack A Day via Geekosystem]