Of all fictional weapons, I find the wand to be the least appealing, because it’s a stick. But at the same time it’s really easy to pretend to be a wand-wielding magician, because it’s a stick. If you’ve always wanted to re-enact the wand fight scenes from Harry Potter, check out Incantor, a game that is played with a wand imbued with the magic of Bluetooth. 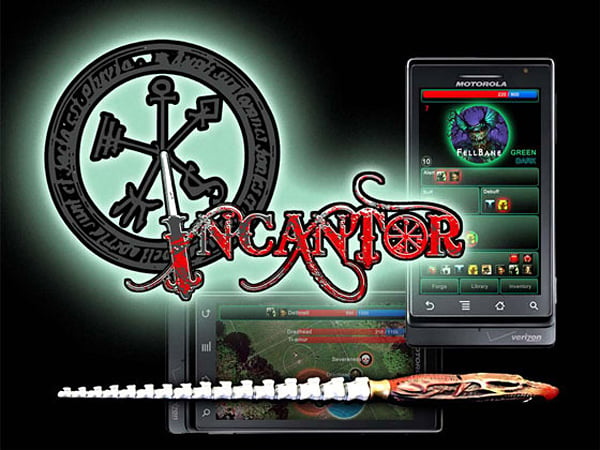 At its core, Incantor involves players casting a spell to defeat monsters or other players. Spells are cast via gestures made using the wand, which as I said communicates to the smartphone app via Bluetooth. It also has haptic feedback, so your hand will feel how a fireball feels like. Apparently it feels the same as getting a text message.

Another unique and possibly expensive feature of Incantor is that there are different types of wands – some deal direct damage, others heal or give status effects. Perhaps other wands can make wishes come true. If you’re interested, you should check out the Incantor blog for more details on the game’s mechanics. Get back to me if you see something about that wish granting wand.

Developer Movable Code is currently raising funds for Incantor on Kickstarter; a pledge of at least $100(USD) gets you a wand and a copy of the game, which will be available for both iOS and Android devices. Unfortunately, the prospects of the fundraiser reaching its goal of $100,000 seem slim at this point. As of this writing they’ve got 21 days to go and have only raised $7,277.

I’m no marketing wizard but I think it would have helped if they targeted kids instead. Children won’t give a damn about being seen in public waving a wand about, but older gamers might need to cast an invisibility spell beforehand.