Some people think that rock climbing walls are fun, but to me it sounds as mundane as a game of golf. In one, you hit a ball, go find the ball and hit it again. In the other, you just… climb. It doesn’t sound like a great time to me. But these Star Wars rock climbing accessories might help make it more fun. 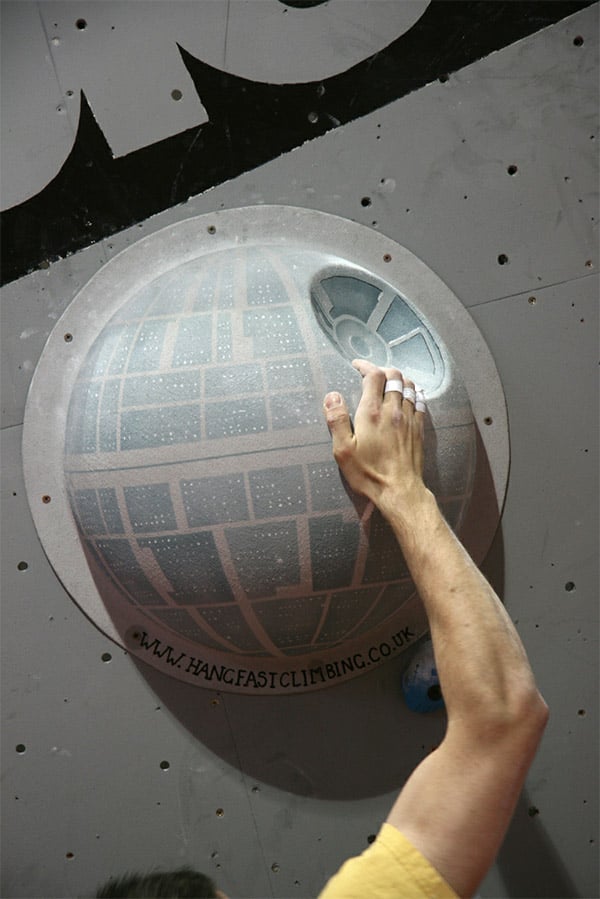 They come from UK-based Hang Fast Adventure Structures. Instead of grasping onto a rock shaped thing, you can now hoist yourself up using the Death Star or R2-D2’s head. If I had a whole wall of Droid heads and Death Stars, I might actually want to climb it. 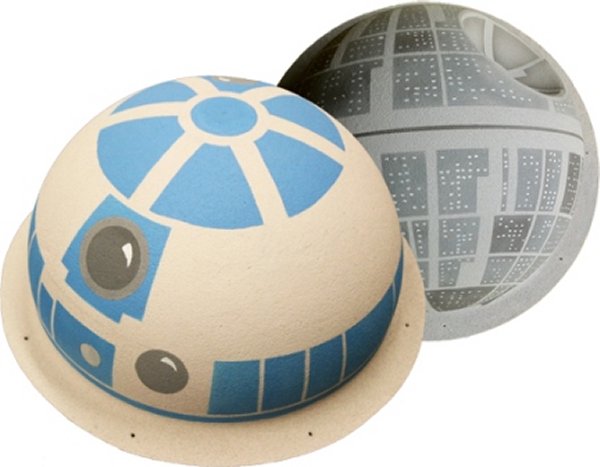 They also have some triangular pieces, one of which has the Millenium Falcon on it, but it doesn’t look so hot in that shape. A Star Destroyer would have been better. If you are a rock climber who is also a Star Wars nerd, you might want to check them out here.