Tesla Gun Fires Lightning Bolts: Coil Your Mind Around This

Many works of fiction as well as videogames feature weapons that shoot bolts of lightning to devastating effect. The closest thing we have to these weapons is the Tesla coil, a device that produces high voltage, low current electricity. The thing is, Tesla coils are mostly in the form of large, stationary devices. Until now. 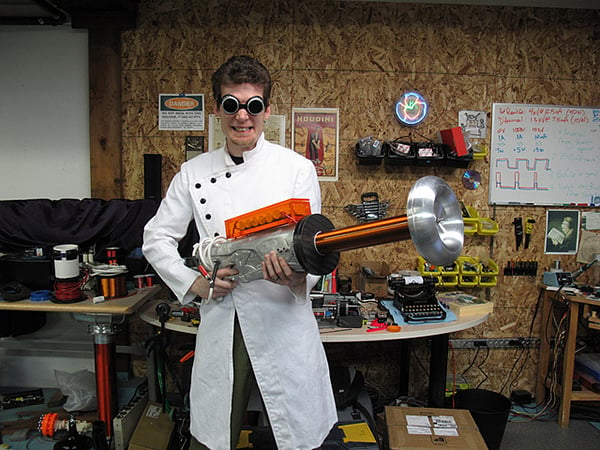 The Tesla Gun is the creation of mad scientist Rob Flickenger, who based it on a weapon used by none other than Nikola Tesla in the graphical novel The Five Fists of Science. You can see the fictional gun on page 14 of this pdf file. Flickenger admits that the gun that Tesla wields in the novel is far more advanced than what he made, but his gun has two advantages: it is battery-powered, and more importantly it exists.

So how does it work? “You pull the trigger, and lightning comes out the front.” It’s that simple. 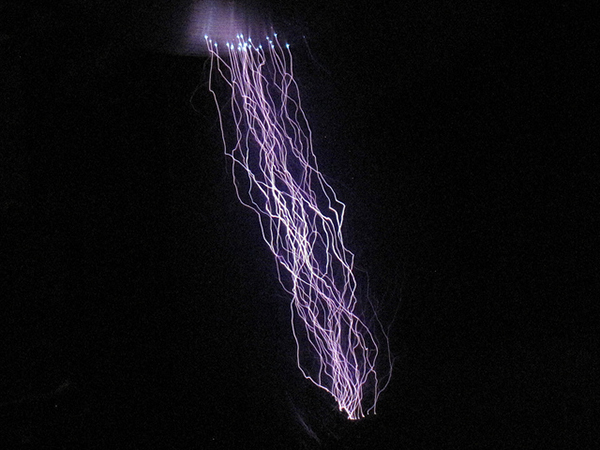 Actually it’s not that simple. Flickenger went to great lengths to create the gun, including making an aluminum housing molded from a Nerf gun, a porcelain high voltage switch and a power supply that steps up the voltage from a drill battery from 18V to 20,000V. There’s more to it than that, but I think most of you just want to see it in action. Here you go.

Like most Tesla coils, Flickenger built his gun for entertainment and science, not as a weapon or a mere toy. If you’re as mad, talented and responsible as Flickenger, you can try building your own Tesla Gun using the information that he posted on his website.