You were amazed at Iron Man’s transforming suitcase in Iron Man 2. You were surprised by his transforming… pod thing in The Avengers. Now, behold: Iron Man cufflinks. What’s that? No, they don’t transform. But I’ll let you in on a trade secret: neither did the suitcase and that pod thing! It’s all smoke and mirrors! Special and effects! 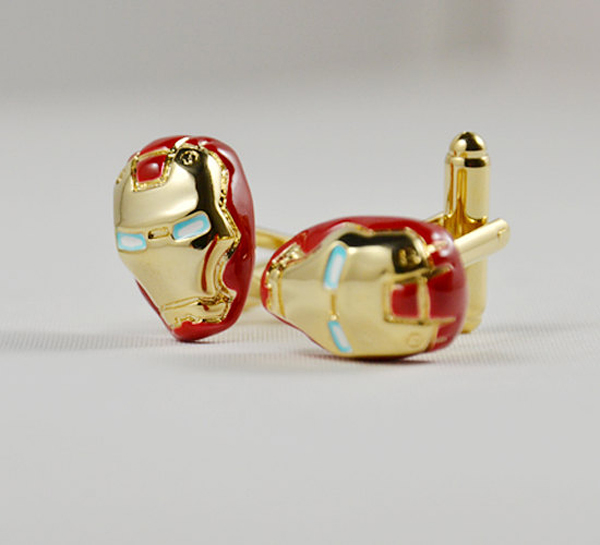 These cufflinks are made from gold-plated copper. Even though it kinda looks like it, I don’t think Shellhead’s eyes are actually glowing in these cufflinks. It’s probably just clever paint job, but that’d be cool if they did.

You can order the Iron Man cufflinks from southernliving26’s Etsy shop for $19.90 (USD).