Nintendo Characters are awesome, and Japanese representations of things are awesome, so why not combine the two? “Nintendo Characters are Japanese.” Not like this – a guy named Jed has decided to make Ukiyo Woodblock Prints showing all of his favorite Nintendo characters as they appeared back in the age of dragons and those round hats with the carts that were pulled in the streets. This just in: ethnocentrism is not a rampant issue in today’s society, we are educated about other countries and their cultures. Germany: Audi. Japan: Nintendo. Italy: pasta. Lots and lots of pasta. 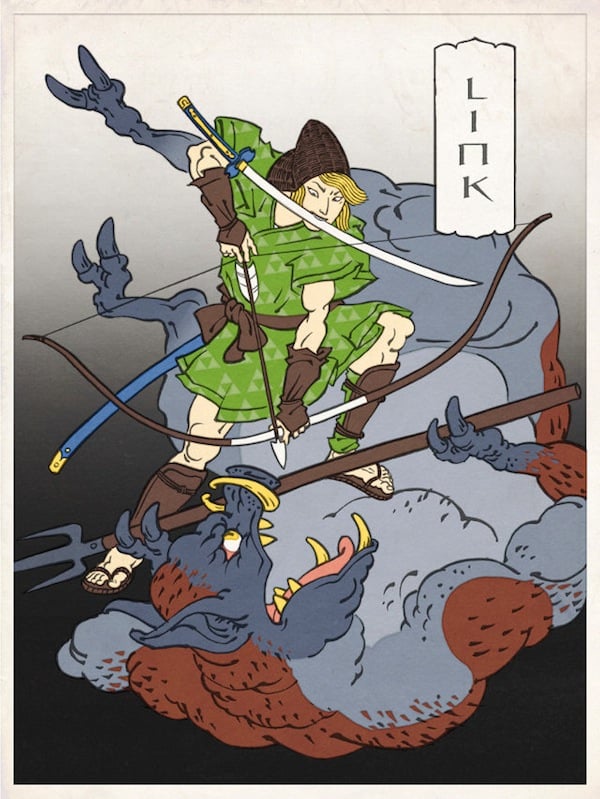 This is one of the first Ukiyo pieces that Jed created, and it depicts our favorite wore-green-every-day-until-he-was-seventeen hero: Link. I particularly like how the Master Sword was redone – still recognizable, but not the same. Overall, a good mashup of ancient Japan and the Legend of Zelda in this wooden print. 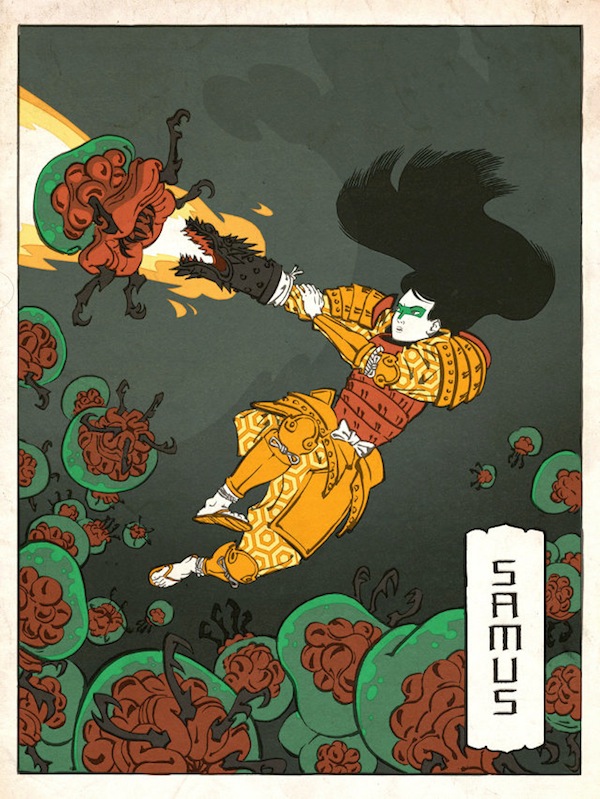 I like the Samus ukiyo print more than the Link one simply because there’s an explosion and more women. The dragon was definitely a smart way to pull off the fact that Samus shoots electric balls of death all of the time. To see all of the prints, go to the newly-created Ukiyo-Nintendo Facebook page. 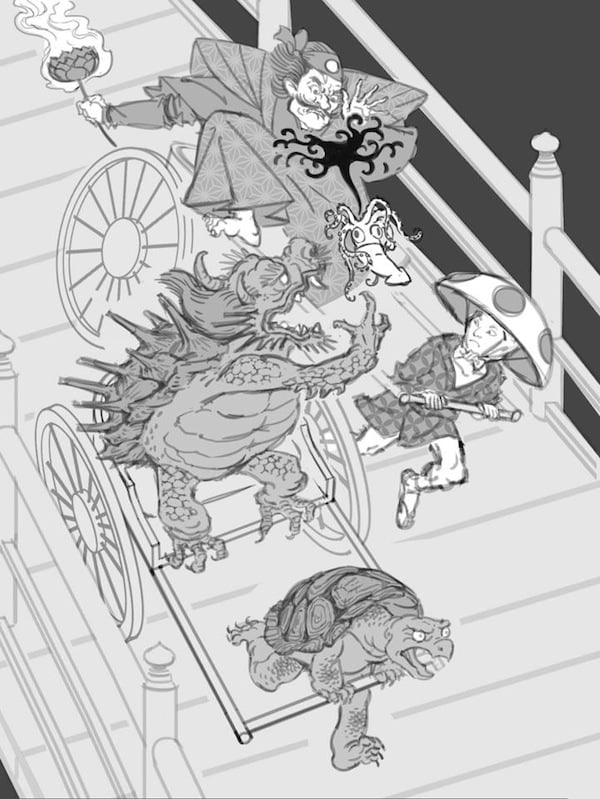 Above is the newly released ukiyo sketch of Mario Kart, which is just a draft that was just posted on the Facebook page – he’ll add color, among other things. I wanted to share it though, because the Koopa and the squid were too good not to put into the post. Creepy turtles!

If these prints are right up your alley, then check out the Zelda Fireplace Art and the Bathroom Filled With Nintendo Art!