For most of us, if our car broke down in the desert, we would have no choice but to just walk or pray for rescue. Most of are not so technically inclined to take our cars and build something else out of the parts. Well, Emile Leray is far more resourceful. When his Citroën 2CV car broke down in the middle of the Sahara Desert, he supposedly converted the car into a Mad Max style motorcycle. 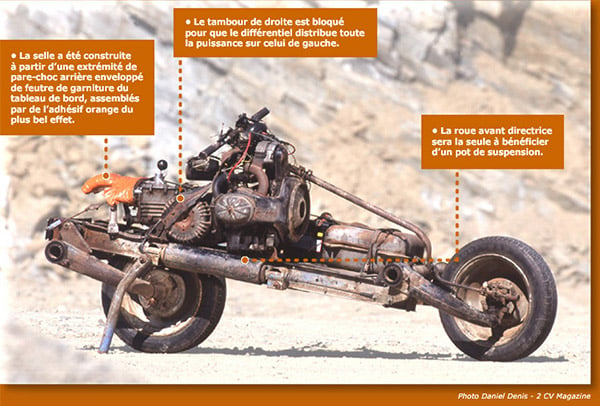 The desert he was in was somewhere in northwest Africa. He got stopped and was told to go any further due to some military conflicts in the area. He decided to go around, through the desert. It wasn’t long before he snapped a swing arm on his vehicle, leaving him stranded. He did what any manly man would do. He disassembled his vehicle and created a motorcycle from the parts. 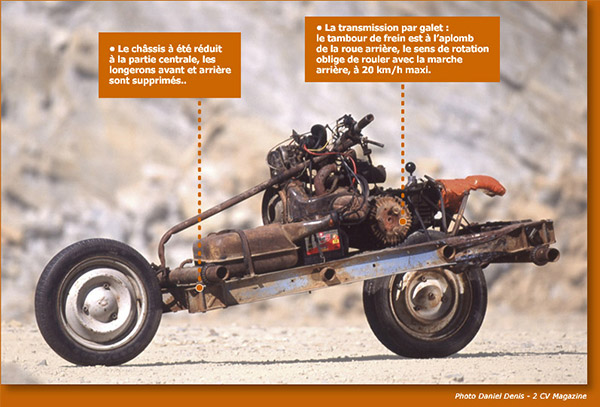 This guy is officially the real world MacGyver. Unless this is some kind of a hoax, he did this totally un-prepared. It seems like he managed to drill holes by bending metal and sawing at it, then un-bending it to be flat again, which makes sense. It took him twelve days to construct this vehicle. Sure, it sounds fishy, but like Fox and Mulder, I want to believe.