If you are a big fan of Forza Motorsports 4 and like to drive German sports cars, a new expansion pack for the videogame has landed that you’ll almost surely be interested in. Turn 10 Studios has announced this week that a new expansion pack is available called the Porsche Expansion Pack. As you’d expect from its name, every car in the expansion is a street or racing Porsche automobile. 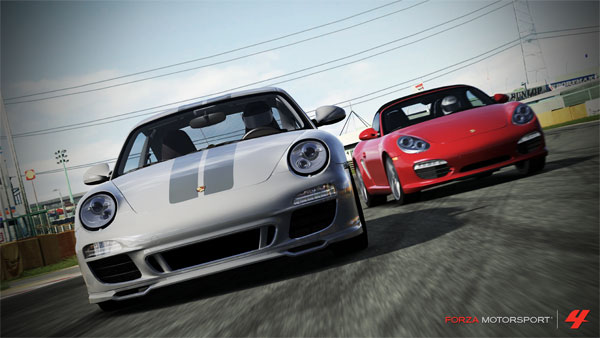 Most of vehicles in the pack are Porsche streetcars, but there are some notable racing cars. The expansion pack includes GT and GTC class vehicles that raced in the American Le Mans Series.