The Take Earth Back trailer for Mass Effect 3 was kick ass, although in light of the controversy about how the trilogy ended some would say it was misleading. Then again, pretty much all videogame trailers are misleading. Perhaps even this machinima version of the trailer is misleading. The squid in Minecraft are not that big. Or are they? I’ve never actually played the game. 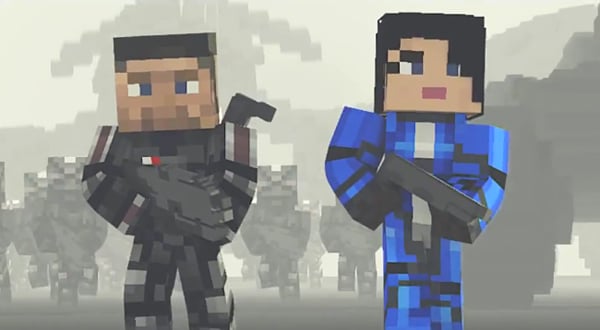 Which did you choose? The 240p, 360p, 480p or 720p version? Were you satisfied with the diversity of choices or enraged at the fact that you got the exact same video regardless of your choice? Should we sue Avemagnadude and YouTube for making the video that way?