Bethesda did an amazing job with Skyrim, so no one could blame them for celebrating a little and decorating their offices. They have done just that, but maybe not in the way you expect. Bethesda had this full-scale Alduin’s Wall just lying around after it was used for E3, PAX, and the Skyrim launch party. So, instead of letting this gigantic wall art go to waste somewhere, or ending up on eBay, they have chosen to proudly display it in their office. 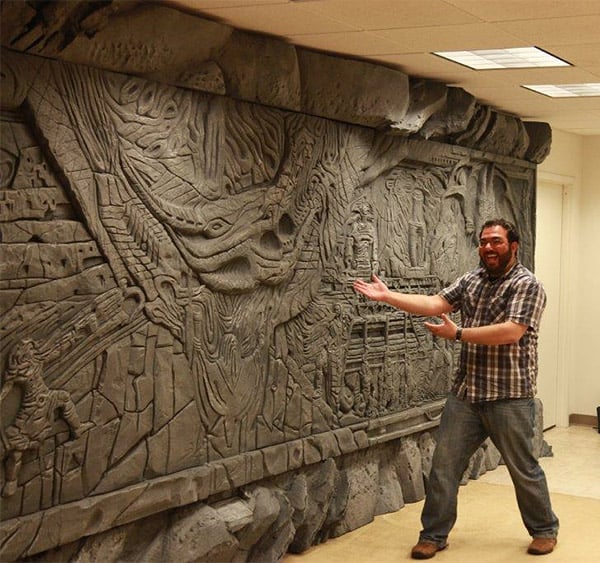 I think it sounds cool enough to work for a video game company like Bethesda and it just got cooler. It’s like having a part of the game with you all day. And it looks amazing. This 25′ x 8.5′ wide recreation of Alduin’s Wall has been dedicated to the late Adam Adamowicz, an insanely talented game artist who designed the wall in Skyrim, and worked on Fallout 3 among other things. 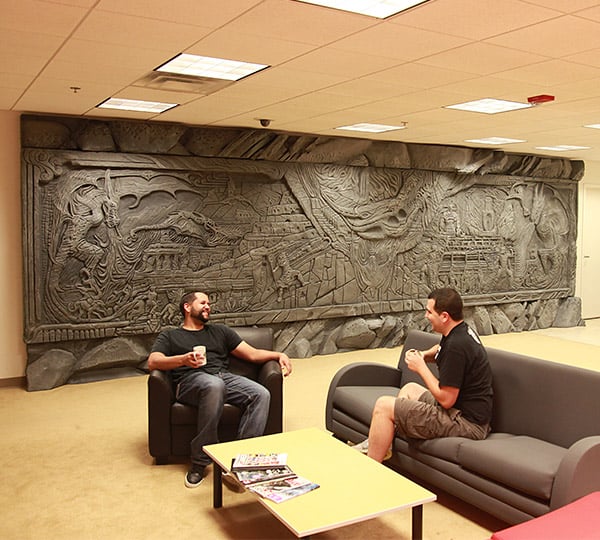 Just look at that huge slab. Now that is art my friends. Awesome video game geek art. You can find more pics of this awesome thing over on Flickr.