Commodore 64 Guitar Has a Faster CPU than the NES Guitar

I love a good mod. The crazier the better. This one is crazy and all kinds of retro awesome. Some of you might know Jeri Ellsworth. She works for Valve and helped them start their hardware R&D department. Now she has yet another cool thing under her belt. She created this amazing Commodore 64 bass guitar/keytar. 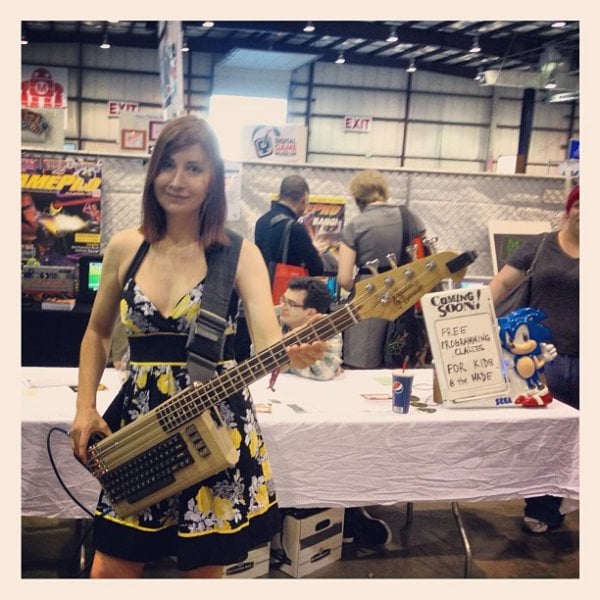 She created it for last weekend’s Maker Faire. Apparently, it wasn’t a very difficult mod. She just went out and bought the cheapest bass guitar that she could find, took the neck off and the bottom part where the strings are attached and mounted them on a C64.

Okay it was a little harder than that. She set up a sensor on each string, which detect the sounds, then reproduce sampled notes through the original Commodore sound chip. The keyboard also produces additional synthesized sounds. Even though she thinks it could sound better, I think it sounds pretty great. This is definitely one of the cooler guitar mods we’ve seen in awhile – at least since the NES guitar.

[via Laughing Squid via Geeks Are Sexy]