Someone call Kanye West. I know he’s a very busy man but he has to know that Garrett Mace has made the best pair of shutter shades of all time. Mace’s LED Matrix glasses have flashing lights just like Yeezy on Graduation. 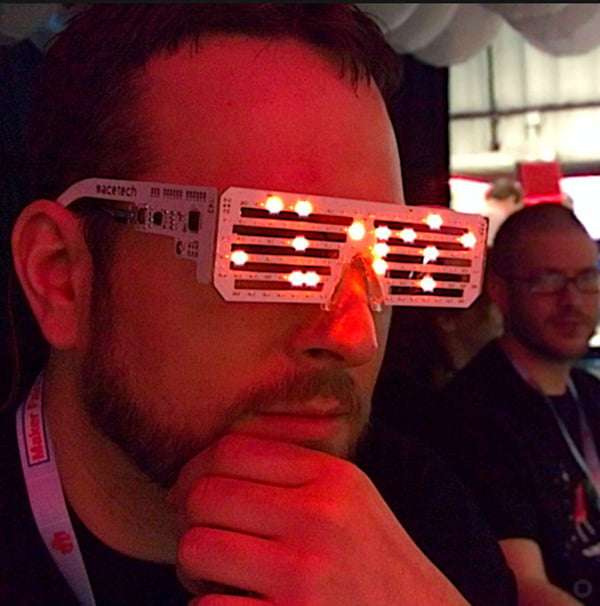 Mace wowed crowds at the Maker Faire with his dope glasses, sick rhymes and tycoon showers. Perhaps the last two were exaggerated but these glasses really are cool. The 20 x 6 matrix of LEDs are “driven by SPI from an integrated Arduino-compatible” board mounted on the right temple and powered by a Lithium-polymer battery mounted on the left temple. Charging and code downloading are done via USB. Swag is attained by wearing the glasses.

You can see more pictures of the shades on Mace’s Lytro profile. Mace said he’s planning to sell a kit of the glasses on his website once he’s polished the device; he seems to be having trouble with the hinges. He also said that if he can’t find a low cost solution he might turn to Kickstarter. It would be funny if Mr. West backed and filled up the fundraiser on his own.