Slinky on a Treadmill Cannot Be Stopped

Back when I was growing up, Slinkies were actually made from metal. I got up to more than a little mischief with my Slinky, after discovering if you threw that spring at your little brother just right, it would wrap around his head and get stuck. I was my own superhero wielding a Slinky and lassoing the bad guys. It was also cool that the Slinky could walk down the stairs should ever need to escape the fiendish clutches of little bro.

Most of the Slinkies I see today aren’t the same. Being made from plastic, they don’t seem to walk down stairs as well. A geek with a real metal Slinky and an old ragged out treadmill decided to play with a simple, yet epic idea. He started the treadmill to rolling at an angle, and let the Slinky start walking and videoed the result. 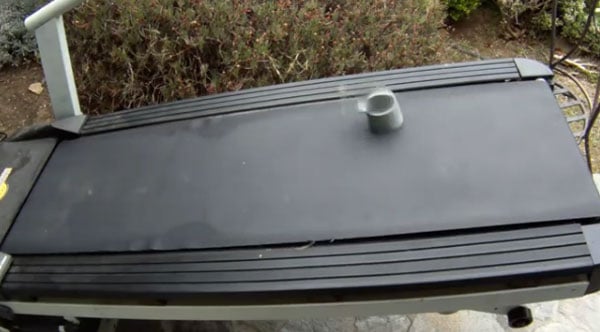 Naturally, video ended up on YouTube with all the Slinky walking action. A few times the slinky appeared ready to jump off out of exhaustion, but the little metal guy kept on walking, and never gave up. Check out the video for yourself, and prepare to be mesmerized for the next 3+ minutes.

[via JWZ via BoingBoing]