Avengers is a massive box office hit, having already grossed over a billion dollars worldwide. People really love superhero flicks – so much so that some people are already thinking ahead to the Blu-Ray release. And for a hit movie like this, you know they are going to have a special collector’s edition.

Amazon.com already has a placeholder for a Limited Edition Collector’s Blu-ray Set which is rumoured to be a 6-10 disc set. Sadly it won’t be nearly as cool as this concept from Dave Delisle. 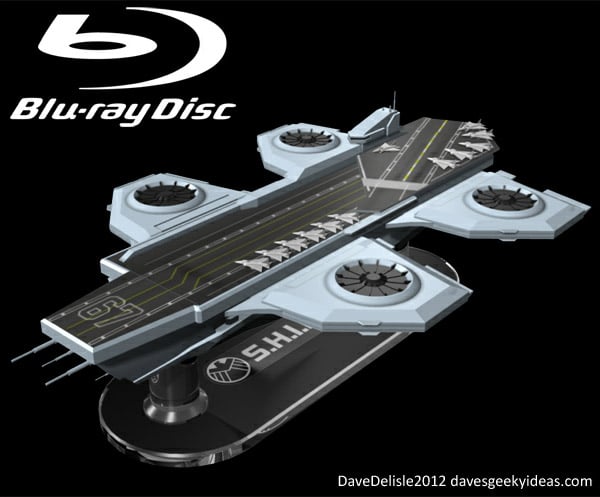 This is NOT official concept art for a Collector’s Edition Blu-ray Avengers set, but this is everything we would want from such a set. Dave’s concept envisions a giant 26″ long model of S.H.I.E.L.D.’s flying Helicarrier, with storage for not just the current Avengers flick, but extra disc trays for future releases. In fact, Dave says the Helicarrier could hold somewhere between 30 and 50 discs when fully outfitted. 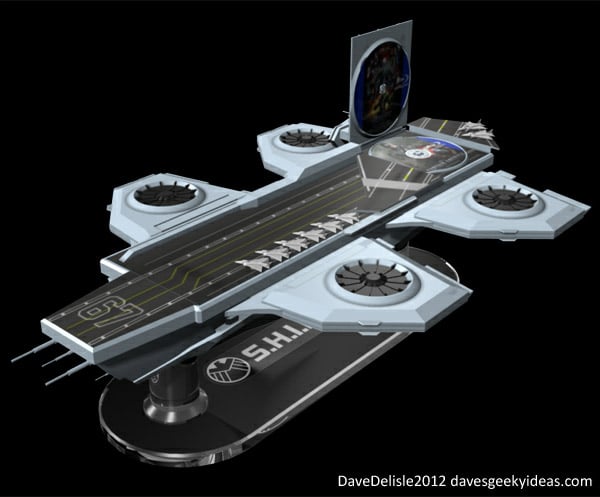 Each engine/wing would even snap off to provide access to a subset of the discs. If only this were the set that we were getting. Oh well, we can dream. Anyway, I’m sure this would cost a fortune. Still, I know that I would be willing to pay. 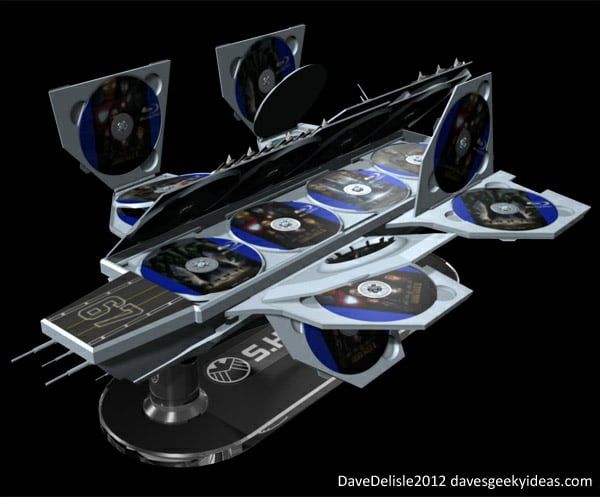