I would imagine the people at Facebook weren’t happy when users of the social network began uploading huge amounts of photos using Instagram. Eventually, they gave in and bought Instagram outright for $1 billion to turn a competitor into an asset. You’d think with that purchase, they wouldn’t compete with themselves. You’d be wrong.

Facebook isn’t the type of company content to be outdone by other people’s apps, so the company launched a new app called Facebook Camera for the iOS platform. The new app promises to make using Facebook photos faster and easier. When the user launches the app, they will see the photos from the people on their friends list. 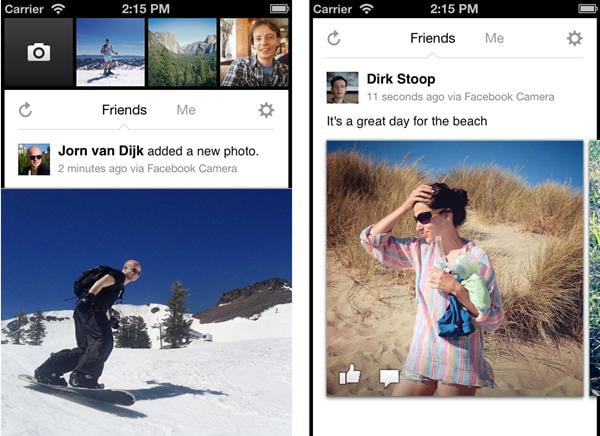 The app lets people swipe to see more of any album or an individual photo to enlarge it. It also allows you to share your own photos by uploading multiple images at one time rather than having to upload individual images. It also has basic tools for editing pictures and adding filters. It’s not as full featured as Instagram, but I still vote we call this app Facegram.

It’s just puzzling that Facebook would release this app so soon after buying Instagram. Perhaps this app was already in development long before the purchase was announced. If you want to check it out, you can grab Facebook Camera over on the App Store for free.