If Ian Hunter and his team at MIT have their way, the serial killers and torturers of the future will have one less tool to brandish and freak out their victims. Hunter and his colleagues have engineered a jet-injection system that can administer drugs with less pain and more accuracy compared to syringes and hypodermic needles. Hunter also engineered a formidable mustache. 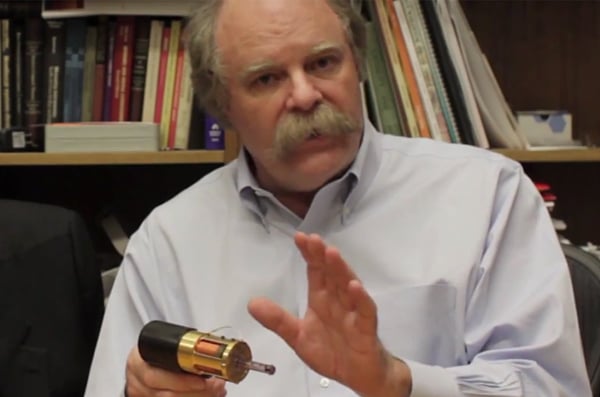 The prototype injector uses an electromagnetic actuator to propel fluids at up to the speed of sound. I know that that actually sounds like more pain, but actually the injector’s nozzle is only about as wide as a mosquito’s proboscis, and mosquito bites are far lower in the pain scale compared to needle injections.

Another advantage of this device is that the velocity of the delivery of a drug can be adjusted by controlling the current applied to the actuator. Meaning it can  be adjusted depending on a patient’s skin.

Head to MIT News to inject more data into your brain.