Check out this amazing Star Trek Voyager cake. Voyager is my favorite Trek series, though it’s not as bad as Enterprise was. Even so, I really dig this cake. I mean I’d like to dig into it. With a fork. 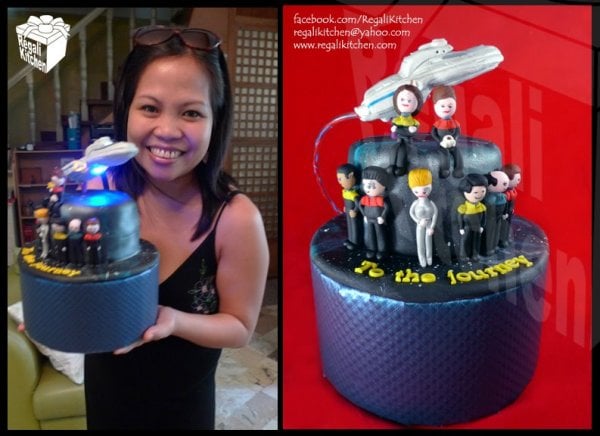 It was made by JB Cada and Stephanie Santos of Regali Kitchen (who also made that awesome Game of Thrones cake.) Voyager actually lights up and is edible except for the illuminated part. The rest is completely edible, including the crew. A woman named Maya commissioned for her husband on their 11th wedding anniversary. It beats a cake from the replicator any day. 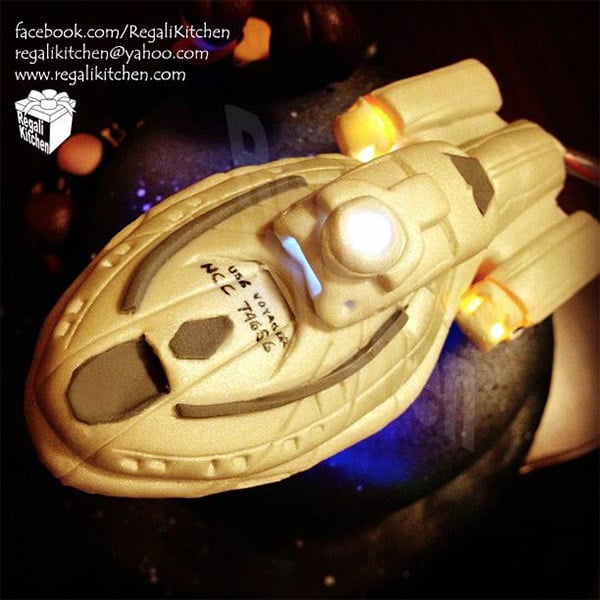 This delicious treat is dark chocolate with light caramel frosting. I’m sure it was enjoyed on their special day. Happy anniversary Maya and Barry. Live long and prosper.